Sterling and I met in college.  One night before heading downtown friends came to our house.  Sterling, has being friends with my roommates walked into the kitchen and I was struck, we locked eyes and both knew we had to know each other!  By the end of the night he was pretending to be my boyfriend to keep other guys at the bar from talking to me. Soon after that he became my boyfriend and the rest, as they say, is history!

It sounds completely crazy, and super cliché, but when I first laid eyes on him.  Insert ALL the heart eye emojis!  He furthermore solidified it, when he insisted on me wearing his shoes at the bar because my feet hurt.  He didn’t care that he was in socks, he just wanted to make sure my feet were okay.  It felt like we were already dating on night one!!

I fell in love on Instagram, and began stalking/obsessing over the Danni dress.  I won’t lie this was the second dress I had fallen in love with online.  The first one was a huge let down, following that I almost said yes to a different dress but something stopped me.  I began feeling disappointed, and discouraged, but when I found Danni, things changed!  I gathered my gals, and took a trip to Charleston to try on the dress of my dreams!  Immediately when I put Danni on I was overwhelmed with joy and knew it was my dress!

Sterling proposed to me in what is now our kitchen, but was the kitchen where we first met!  Our parents were visiting, we were all hanging out, music started playing, he grabbed my hand and got down on one knee.  He called over our dog and tied onto her collar was my ring!  It was amazingly special, and unique to our story!

We went to Punta Cana.  7 days of complete relaxation and quality time together on a beautiful beach.  It was just what we wanted/needed! 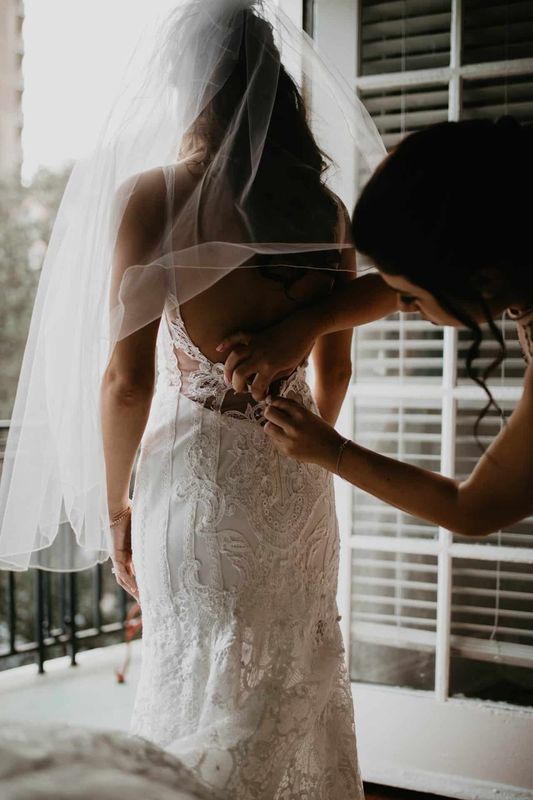 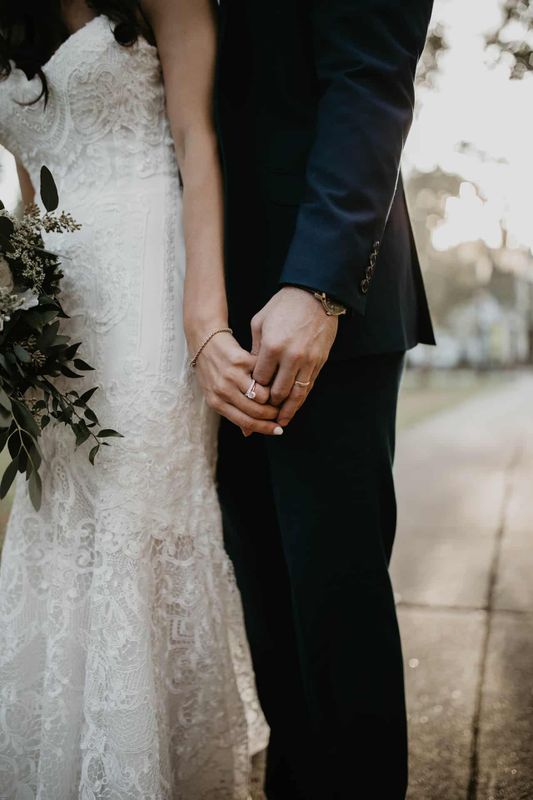 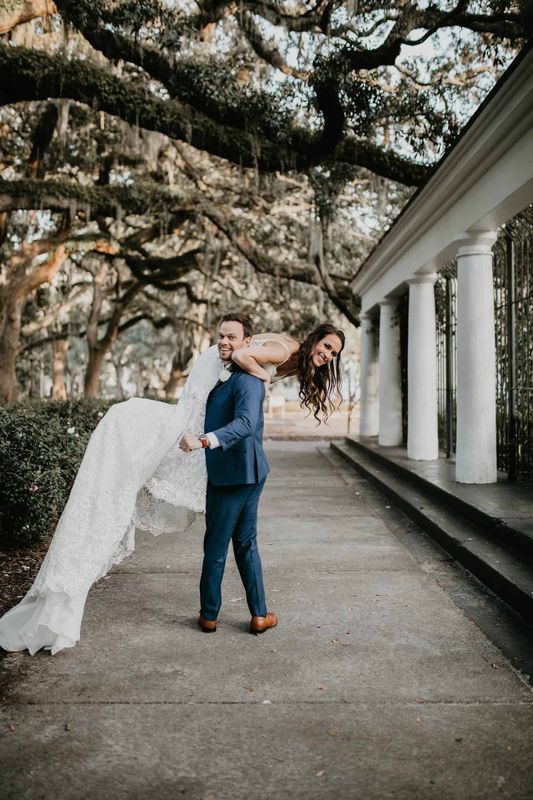 VS White Diamonds, Sterling’s ring is his deceased grandfather’s, whom he is named after.