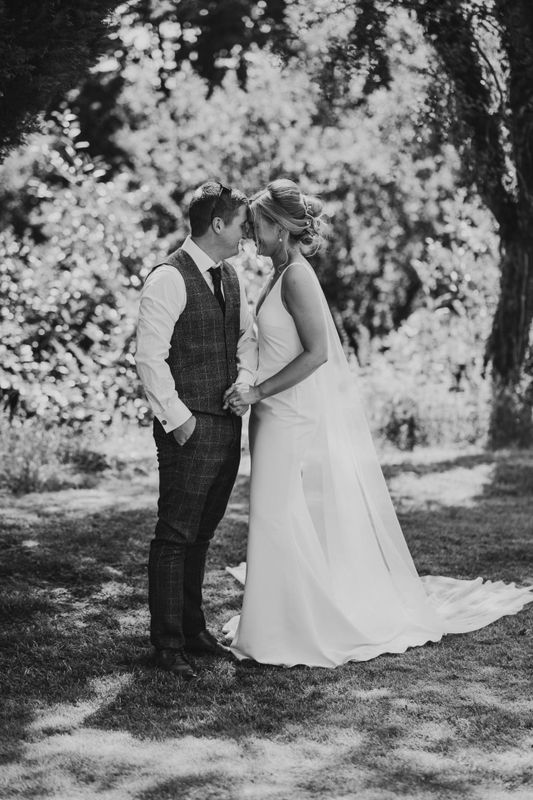 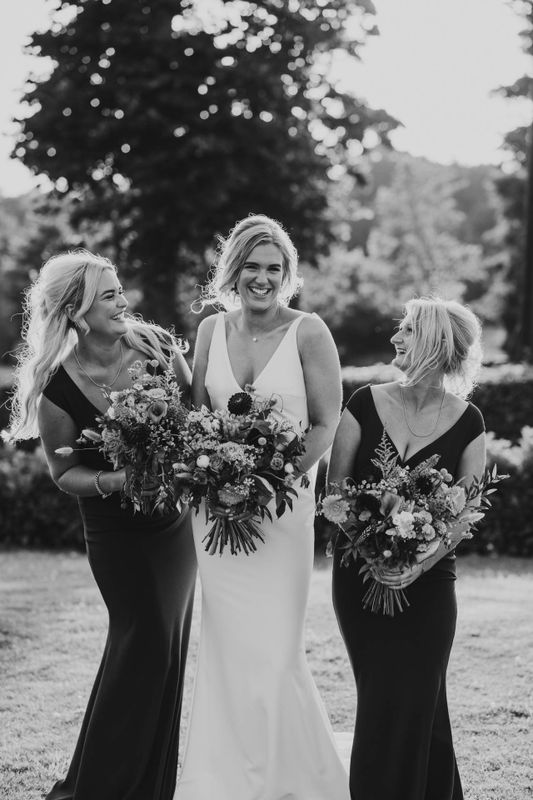 We’re a tinder success story! We went for cocktails and didn’t want the night to end. He went home to his mate and said “I’m going to marry that girl” and the rest is history!

He’s adventurous…he even spent lockdown converting a van into a campervan so we can have so many future adventures!
He’s just so kind and thoughtful, and would do anything for anyone. And he makes me howl with laughter…whether he’s coming up with a new saying for something, or planning something exciting for us to do, there’s never a dull moment!

Dan proposed in 2018 when we were over in N. Ireland for my birthday. We were staying in Finn Lough in a bubble dome and I was happy as anything! I had absolutely no idea he had even asked my dad never mind was about to propose (he asked my dad a year before but they were both a bit tipsy so he had to ask him a second time in case he’d forgotten!) we were walking round a lake where we were staying, and he se the go pro up to take a picture, while I’m smiling away waiting for the snap he gets down on one knee to propose! He had the whole thing recording which was so sweet, I just admit I was in so much shock he had to make sure I was saying yes!! He’d picked the ring himself, and has chosen the most perfect grey diamond by Irish designer Chupi. Couldn’t have picked a better one myself!

I went dress shopping not really knowing exactly what I wanted apart from something fairly simplistic. I was dubious about the film style ‘the one’ moment but oh how wrong I was!! Georgie was the first dress I tried on and oh my goodness I can’t put into words the feeling! I didn’t actually order her on the day, but went away and couldn’t stop thinking about it and just had to go back and get it ordered! When Kerry asked if I wanted a veil I said I wasn’t too fussed on them, and she said hold on…wait until you see these. She appeared with the wings and WOW the perfect finishing touch to the whole look!

Oh all of it! The dancing I think. Due to restrictions we shouldn’t have been allowed to dance, but we managed to get 4 or 5 songs allowed and all our guests were so elated, not a single person was sitting down. After nearly 2 years of restrictions it was brilliant to see so many happy people getting a slice of normality!

Our wedding was attempt number 3, so we were just elated after over a year since our planned date to finally be husband and wife! We were restricted with numbers and music and what we were allowed, but had our most dear friends and family there to celebrate and we couldn’t have asked for anything better, the whole day went so smoothly and because we’d had it all planned for so long we didn’t stress at all. We also found out a month or so before the wedding that we’re expecting our first baby, and to have the little bump with us on the day made it even more special! I did have to have my dress let out a wee bit a few days before the wedding but didn’t give a toot as it was for such a good reason!! I must also say our flowers were just out of this world. Dan’s family own a flower shop and we couldn’t let anyone else do the wedding flowers! His sister and mum sourced flowers in Ireland (they and we live in England but I’m from N.Ireland) and made them in my parents garage! They were just beautiful. Also must shout out my fab mum who made our beautiful wedding cake!

Take it all in, don’t stress the small stuff. Plan a day that suits the two of you, nobody else. People will always be happy to celebrate with you regardless of your plans, and when you and your other half are married, sit and take it all in. Pure bliss.

All our vendors were amazing, especially with having to change dates so many times, but our photographer Chris was just unreal, so much craic and just so chilled, all our guests passed comment on how brilliant he was 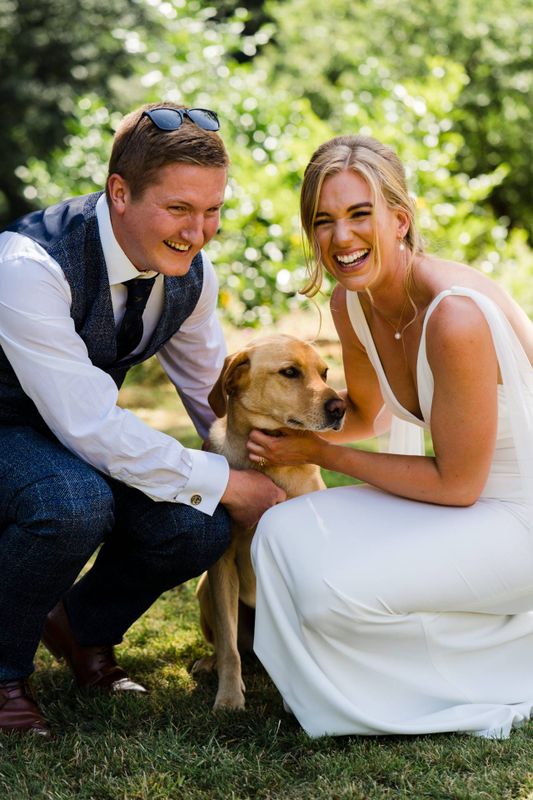 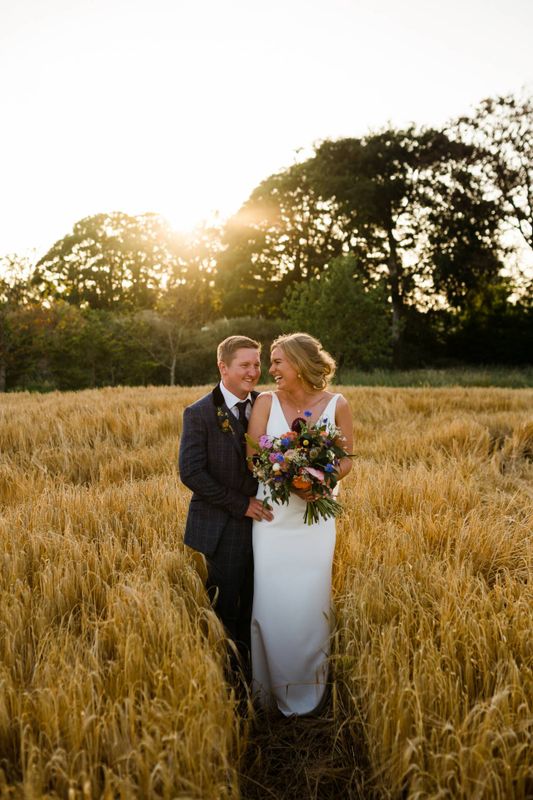 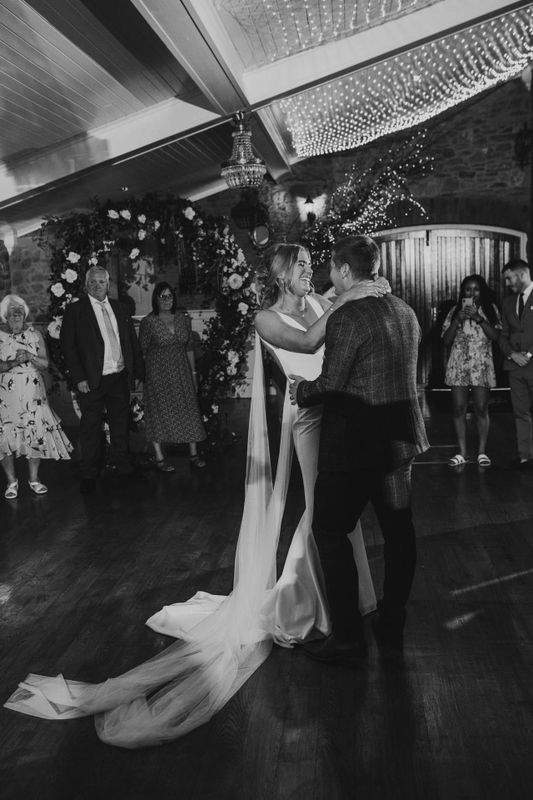 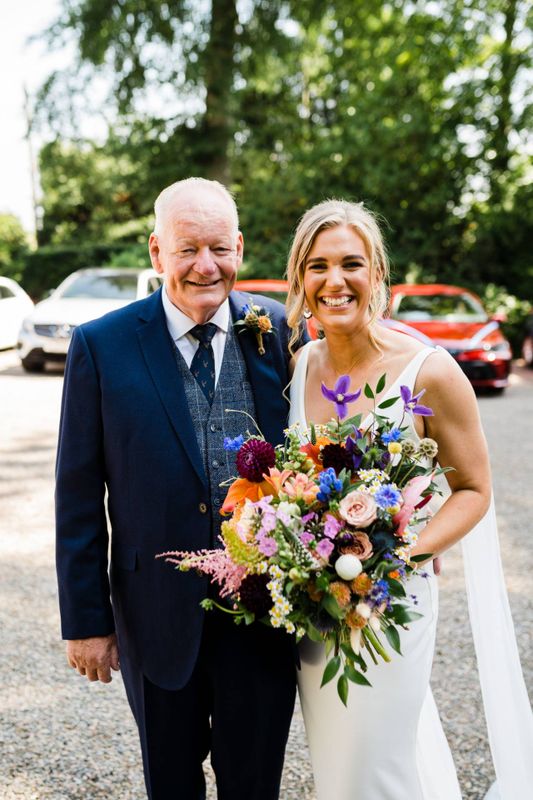 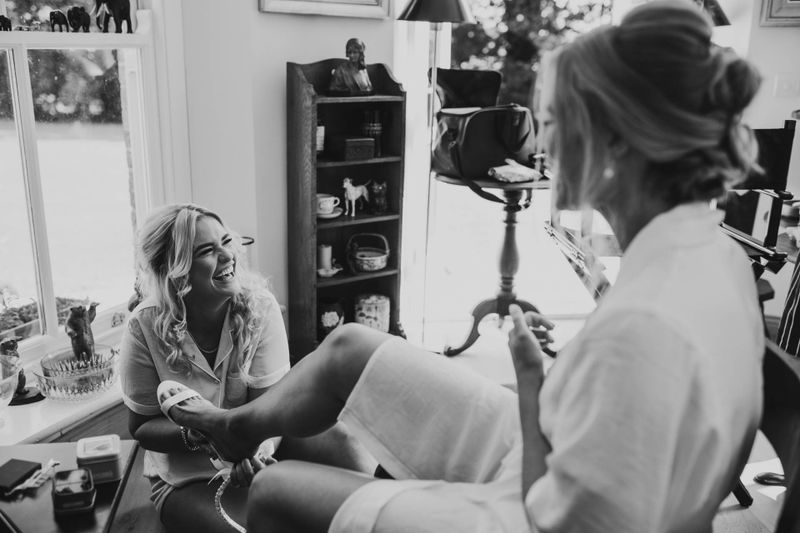 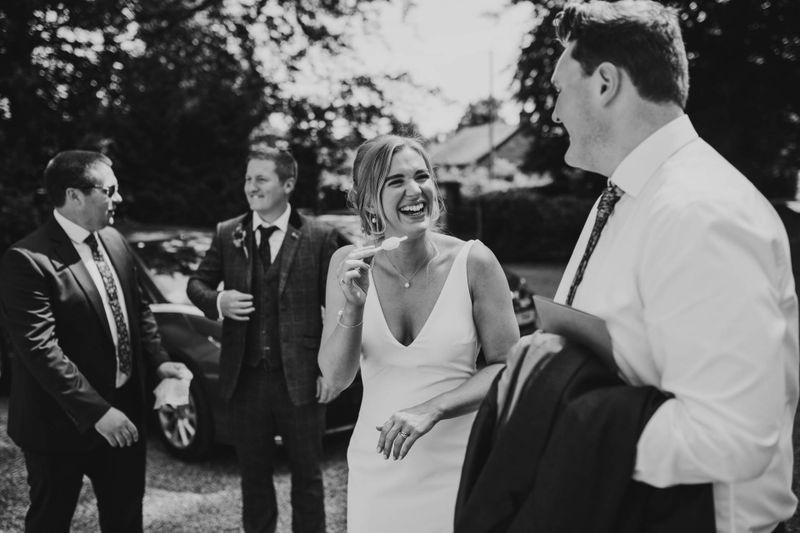 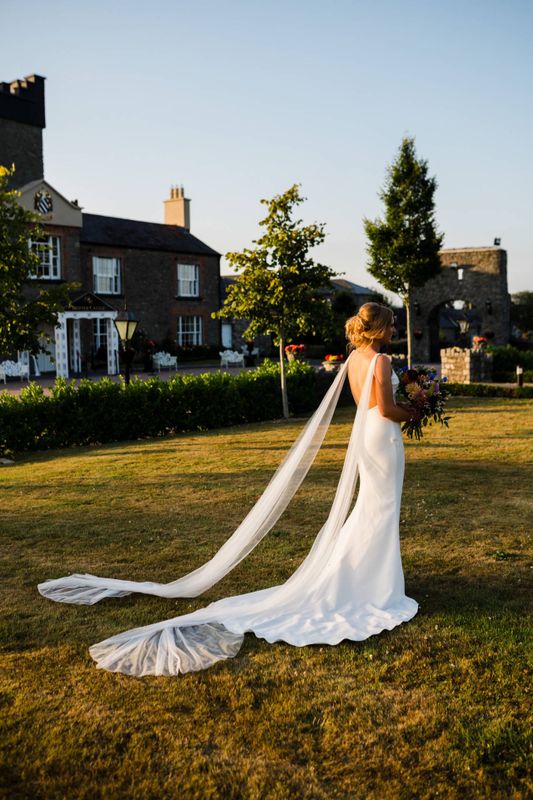 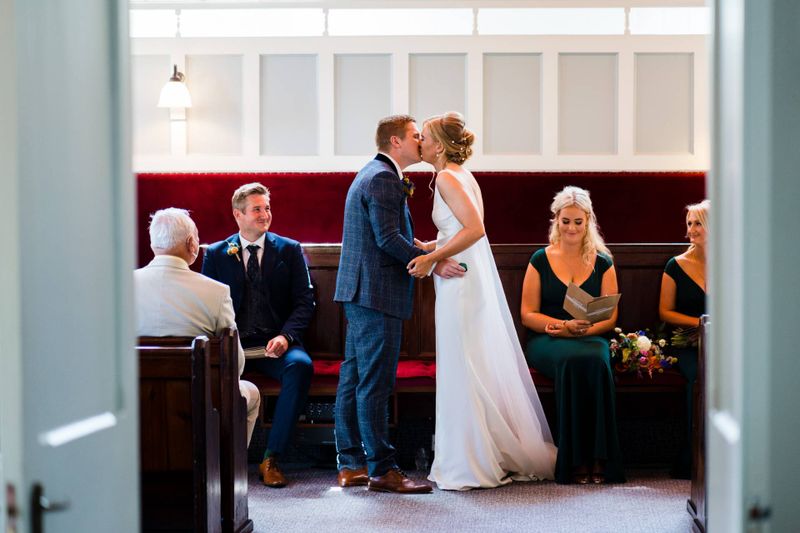 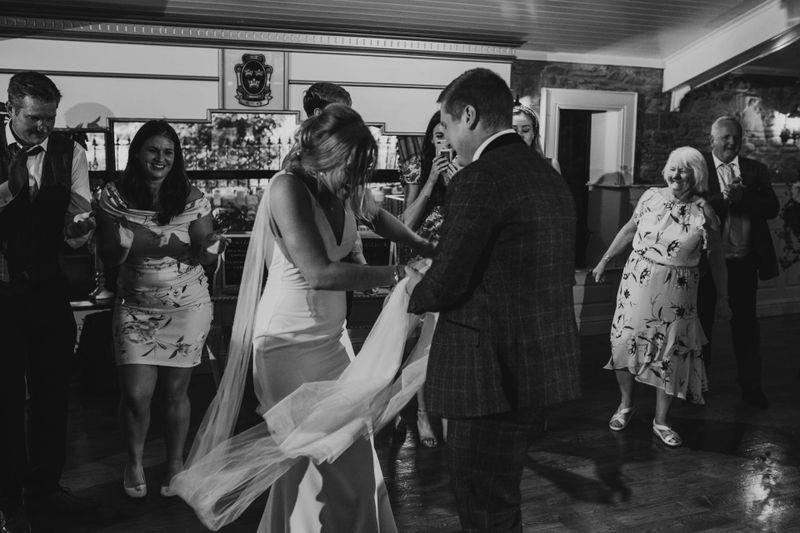 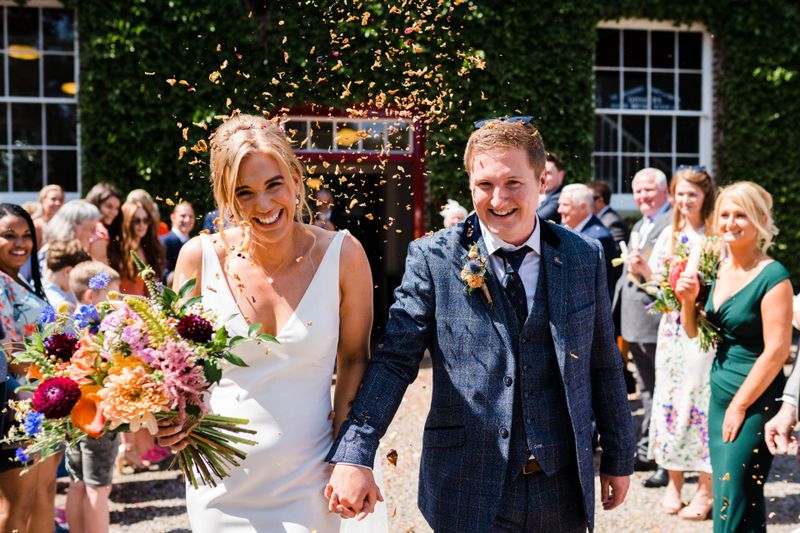 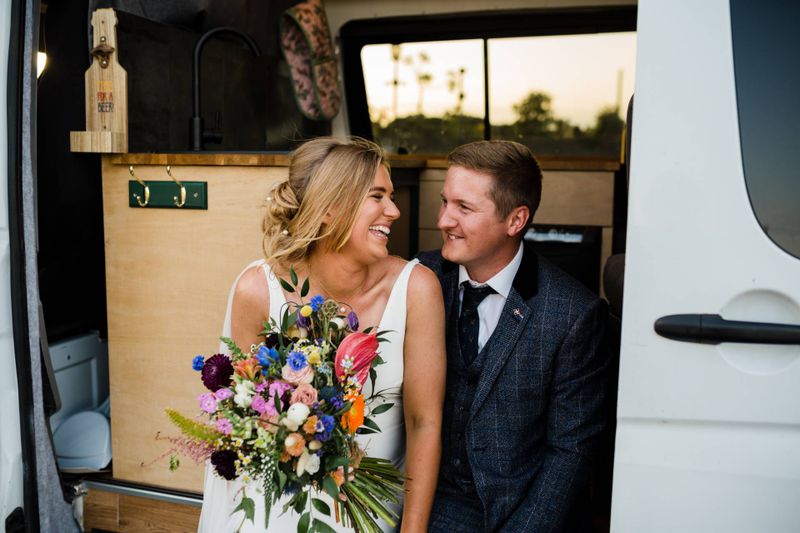 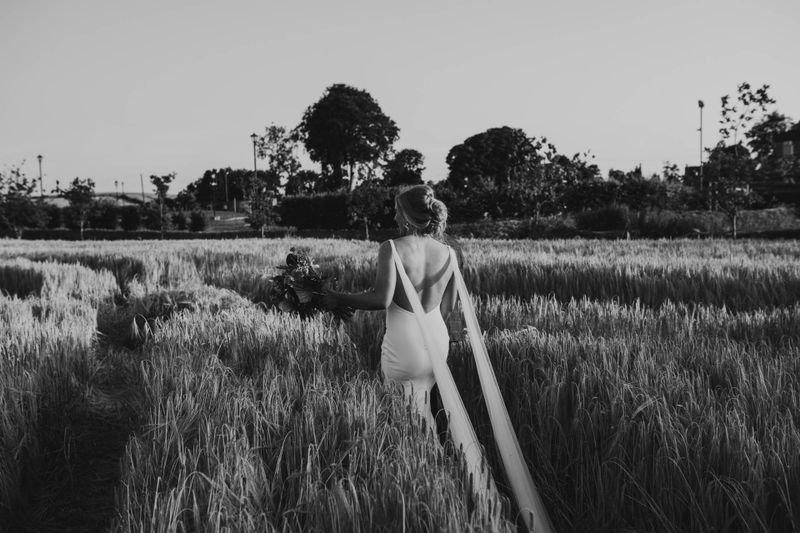 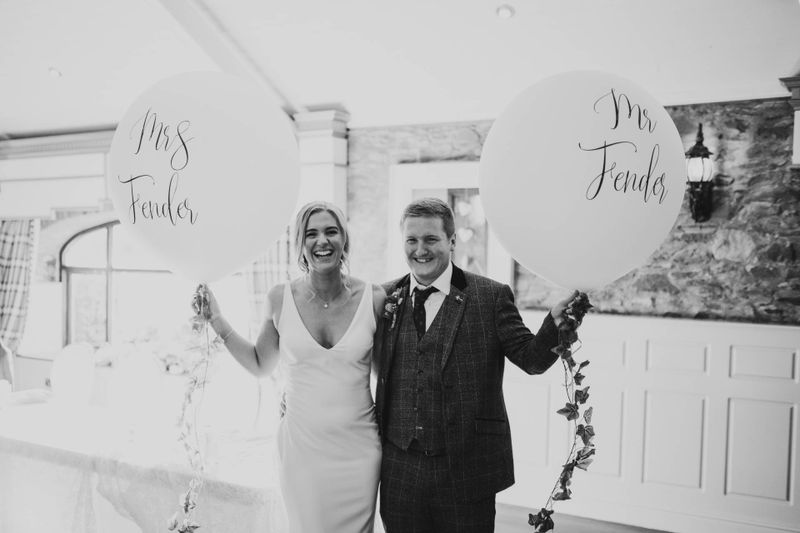