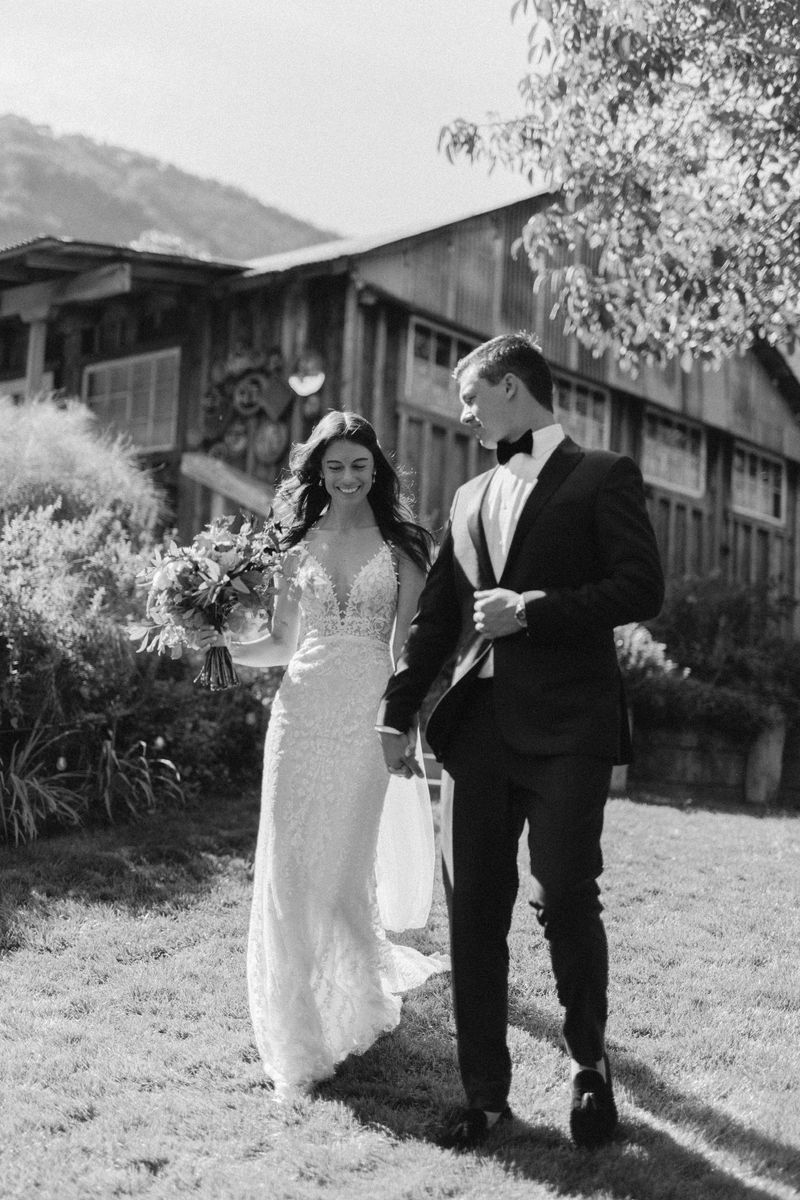 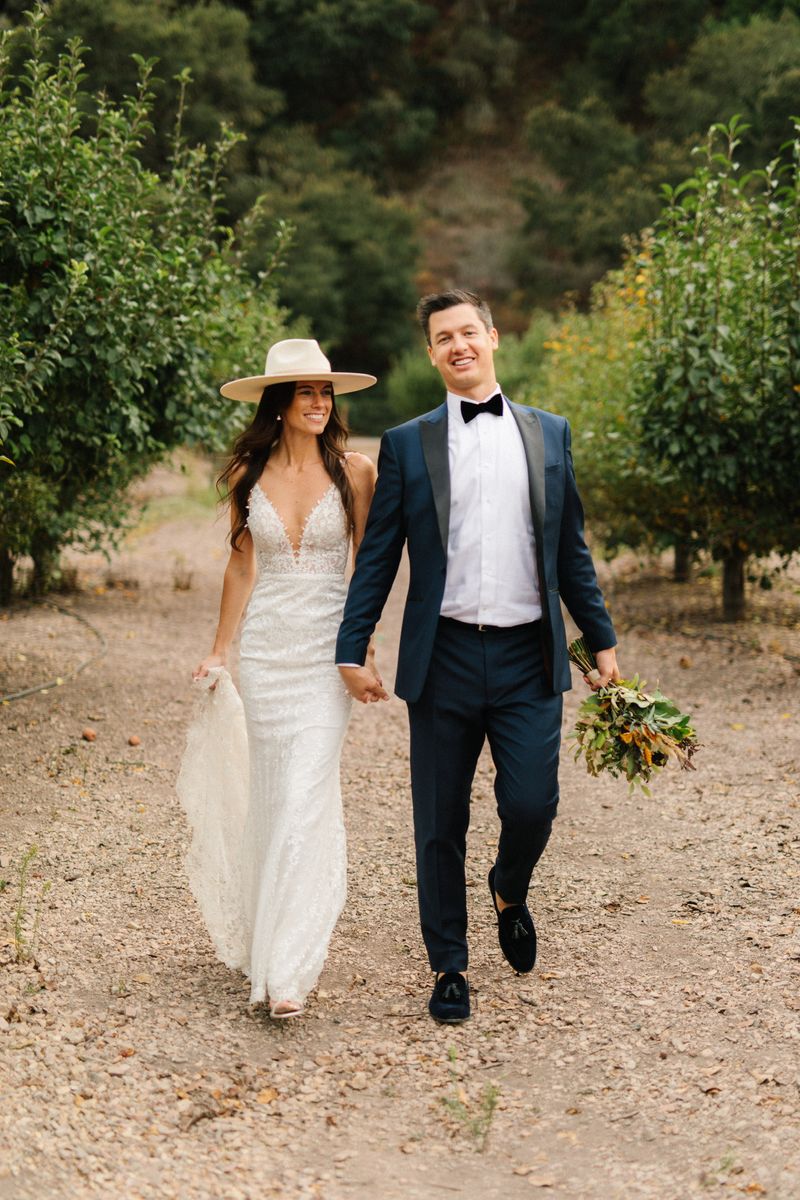 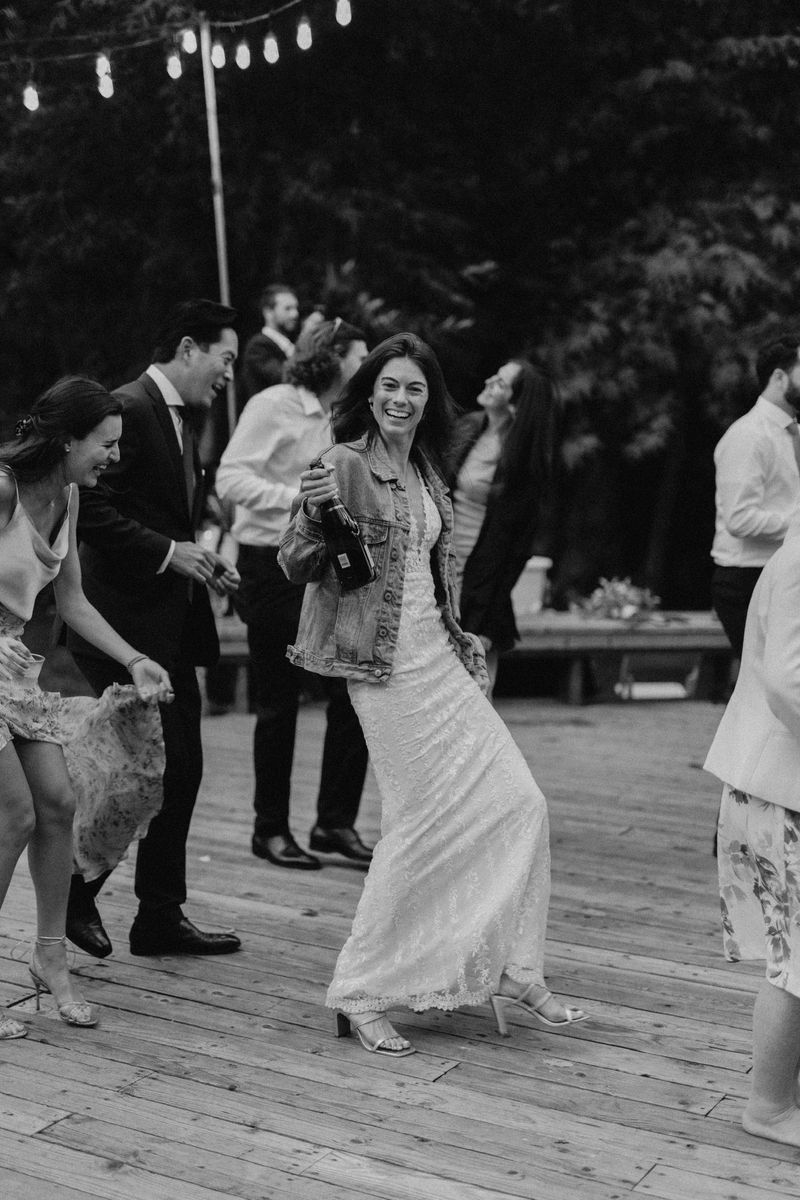 Conrad and I met in 2011 when we were 19, right before the start of Sophomore year. We were on campus early for a Fall Sports meeting (he played Water Polo and I played Soccer). We had a mutual friend, and after a few witty comments (and subtle flirtatiousness) we were introduced to one another. It then turned out that we had the same class time schedule, with classes right next to each other. I’d come out of class in the morning and low and behold, there was Conrad…This tall, tanned, handsome guy gave me butterflies in my stomach with his big, welcoming bear hugs. I agreed to grab breakfast with him during our break and in that first full conversation, Conrad actually asked if I would be his girlfriend on Facebook (for the record, I declined the offer). He was a little cocky but I was all about it. After breakfast, we walked to our next classes which of course, again, were next to each other. It was then that Conrad asked for my number, and in the very first text he said, “Hey girlfriend”. From there the rest was pretty much history, a month later he asked me to be his girlfriend and I, of course, said yes this time. Now here we are after 9-years of dating — Still madly in love and now husband and wife.

In 2016, Conrad got relocated for work to South Dakota. We were only 24 but I knew that this was make it or break it. I packed up my bikinis and traded them for snow boots — Moving across the country to live with him for the first time in South Dakota. We were only there a year and a half before coming back to the Los Angeles area but that experience really brought us closer. Life progressed — we got a dog together, then bought a house and got engaged a year later.

Conrad proposed in Napa Valley, CA after 7.5 years of dating. We took a quick getaway for the weekend and after a lovely day of wine tasting and a couples massage, we ended the evening with dinner out on the wrap-around porch at Acacia House. After building up the courage from their signature margaritas, he got down on one knee and asked me to marry him.

Conrad and I sat at our own head table. It was so nice to have that moment to soak everything in and look around at our closest friends and family. We also were a “corona” wedding, so getting to 10/10/20 wasn’t easy! It was such a relief and moment of pure happiness to have pulled it off.

So after searching around online, I followed a few dress designers on Instagram. I was drawn to Made with Love Bridal from the very beginning! I knew the shape of dress that I wanted but going into the search, I thought I wanted something simple and crepe. I tried on many gowns that were gorgeous but I didn’t have the moment where I felt like a bride. At my 3rd bridal appointment, I knew going into it that I wanted to try on MWL and Emmy Mae gowns. When I arrived at Love and Lace, I asked to see the Tommy, and funny enough it literally had arrived that day. (It almost felt meant to be already) I tried on a few other gowns before the Tommy but then the second I saw myself in the dress, I knew. It was at that point that I remembered saving the Instagram photo of Tommy on September 5, 2019, because I loved the description. I pulled out my phone, found the post, and read it out loud to the gals helping me. “She is elegant and charming with a subtle, daring edge that will captivate your senses.” We all got chills. I teared up a little. That was exactly how this dress made me feel!

I was surprised that Conrad cried more than me up at the altar! We did a first look because I was the one who was super worried about not being able to hold it together when we said our vows. Turns out that it was the other way around. It was such a sweet, intimate moment that I’ll never forget. Our friends said they were balling in the audience watching me wipe his tears away at the altar.

Remind your friends to pull you aside for photos! Unless the photographer snapped a candid, we didn’t get pictures with some of our closest friends! Since the time really does fly by and the bride and groom are preoccupied with so many other moving pieces, it should be on your friends to make sure they get a few solo shots with you.

We didn’t have a traditional bridal party! And it was honestly amazing, there was zero drama! We had close “friends of honor” that we gave special gifts and asked to make speeches but we didn’t have anyone up at the altar with us aside from the officiant. 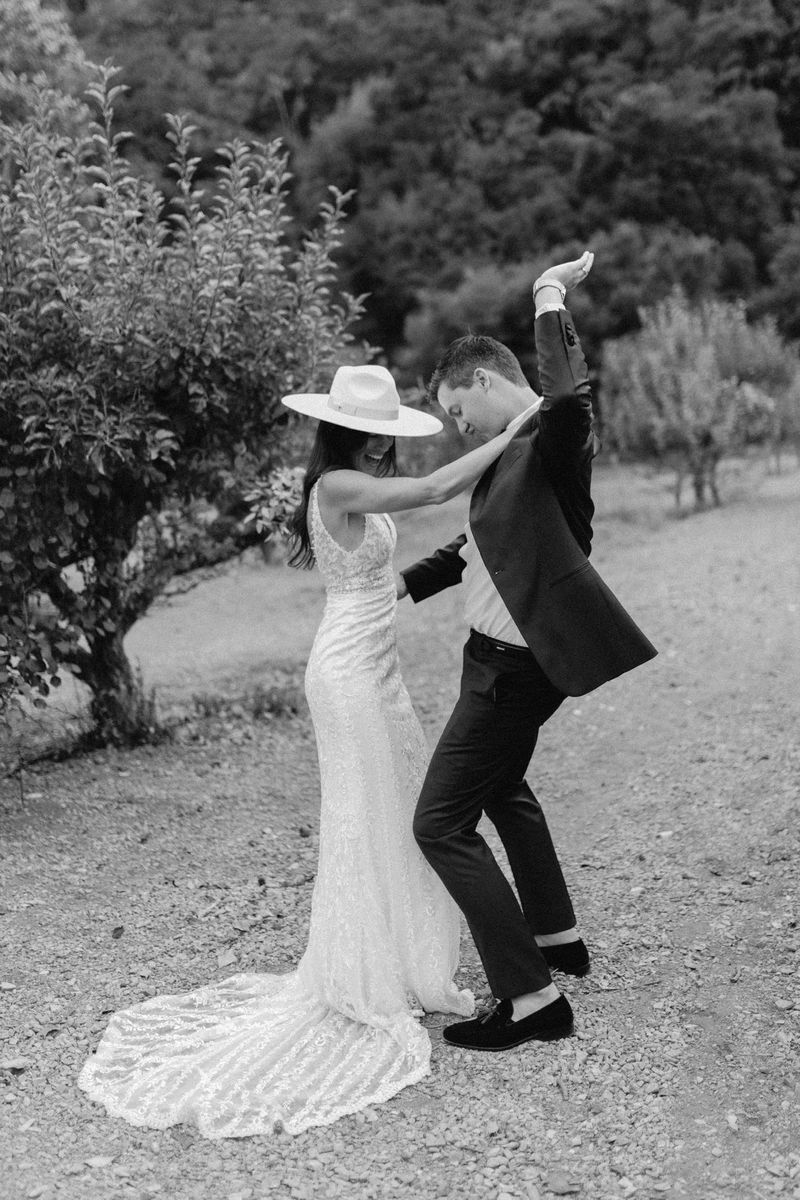 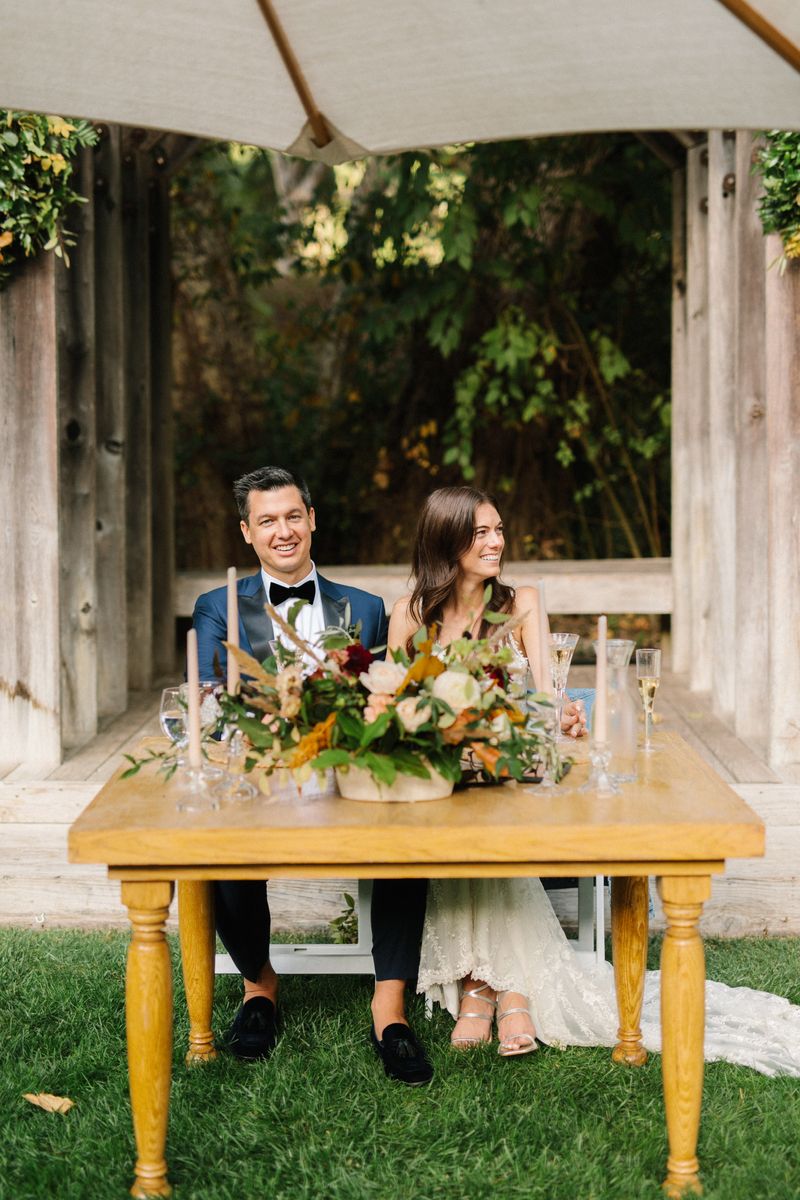 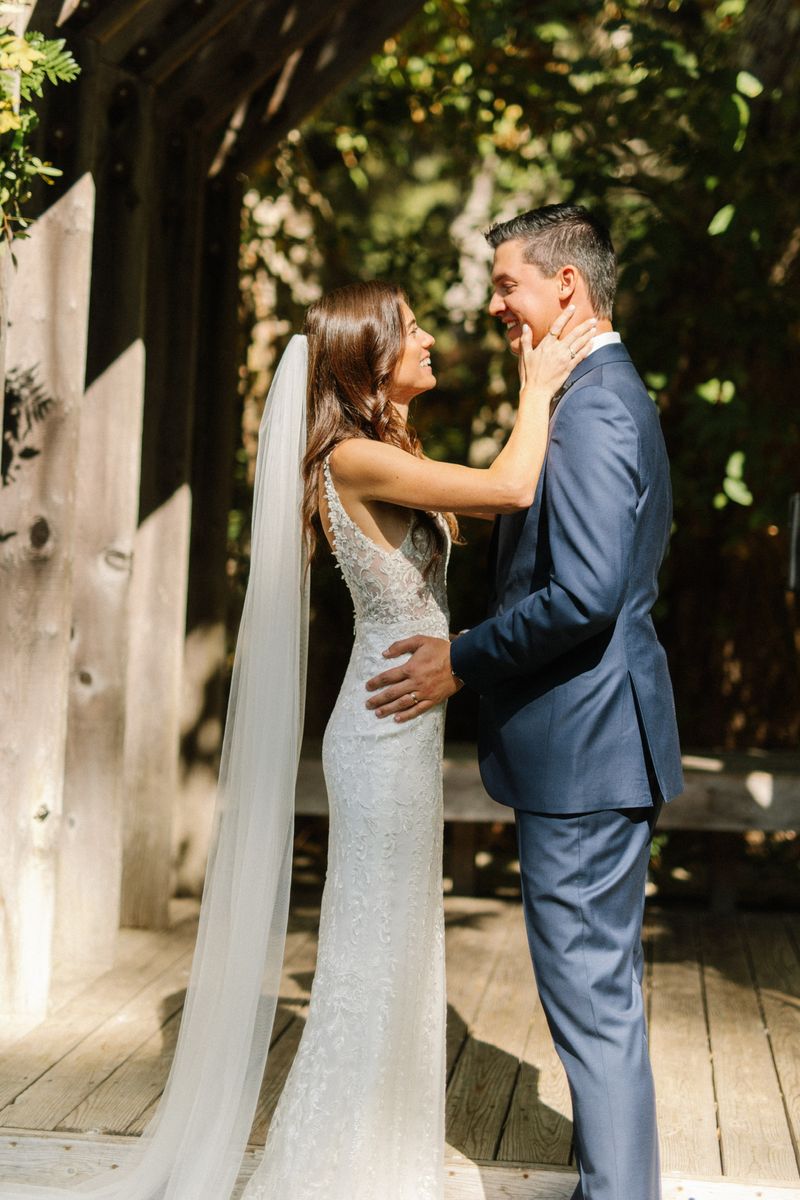 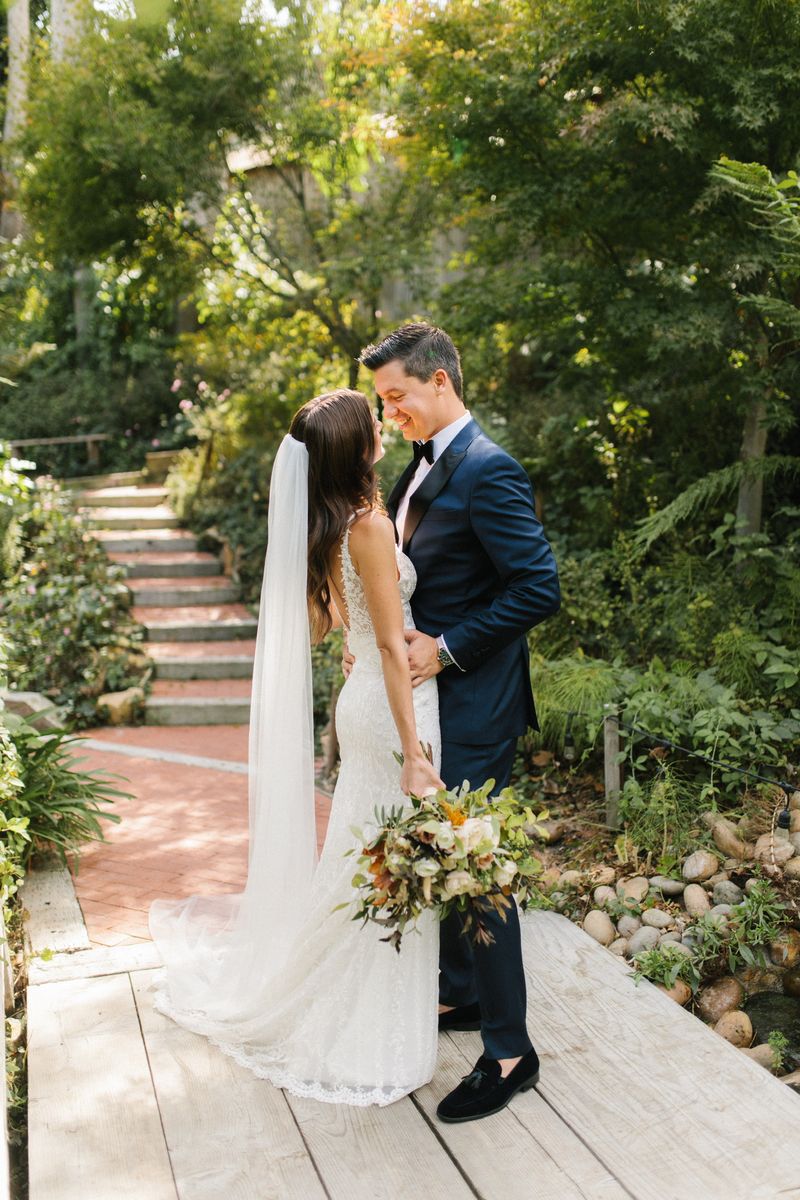 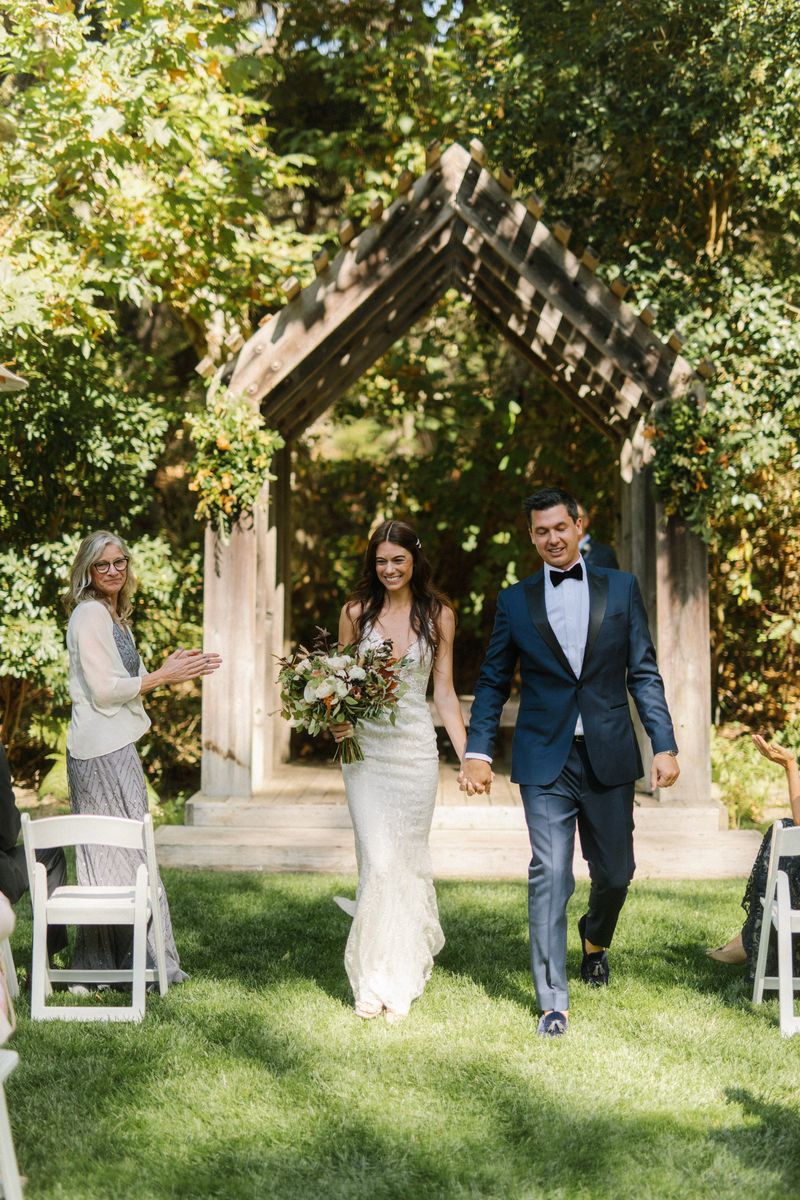 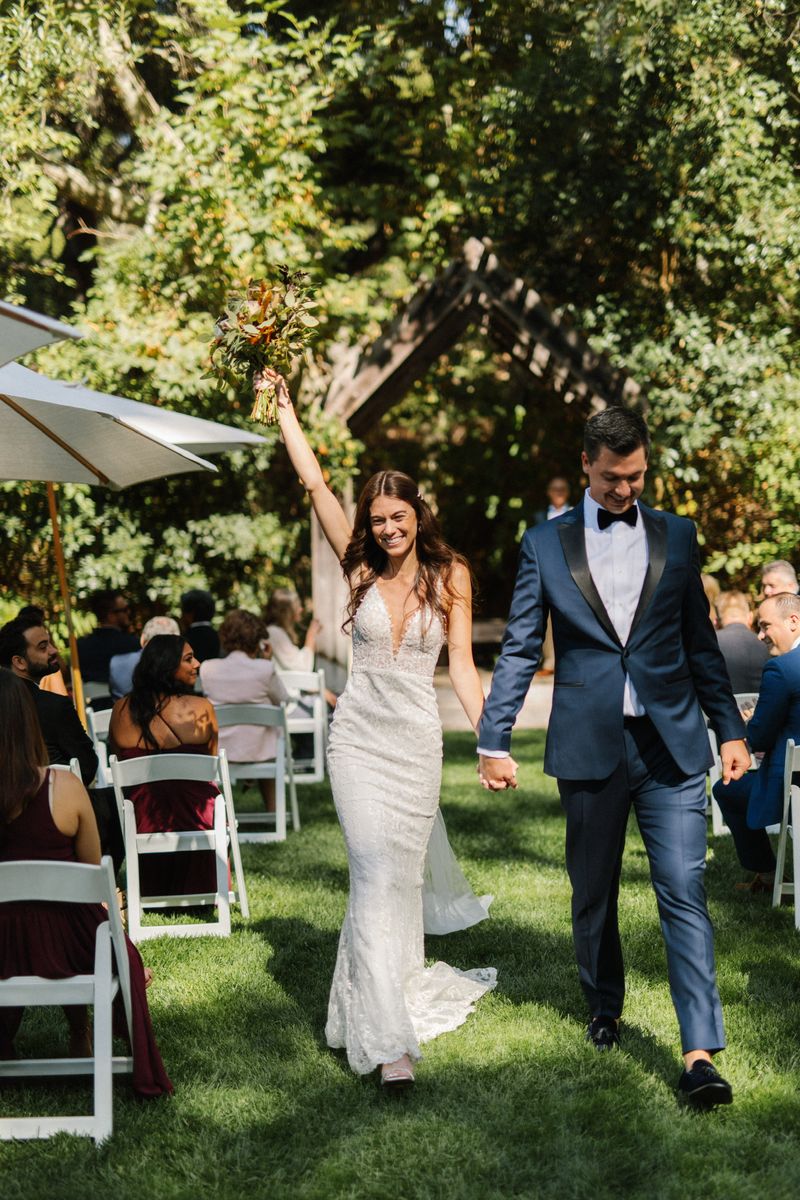 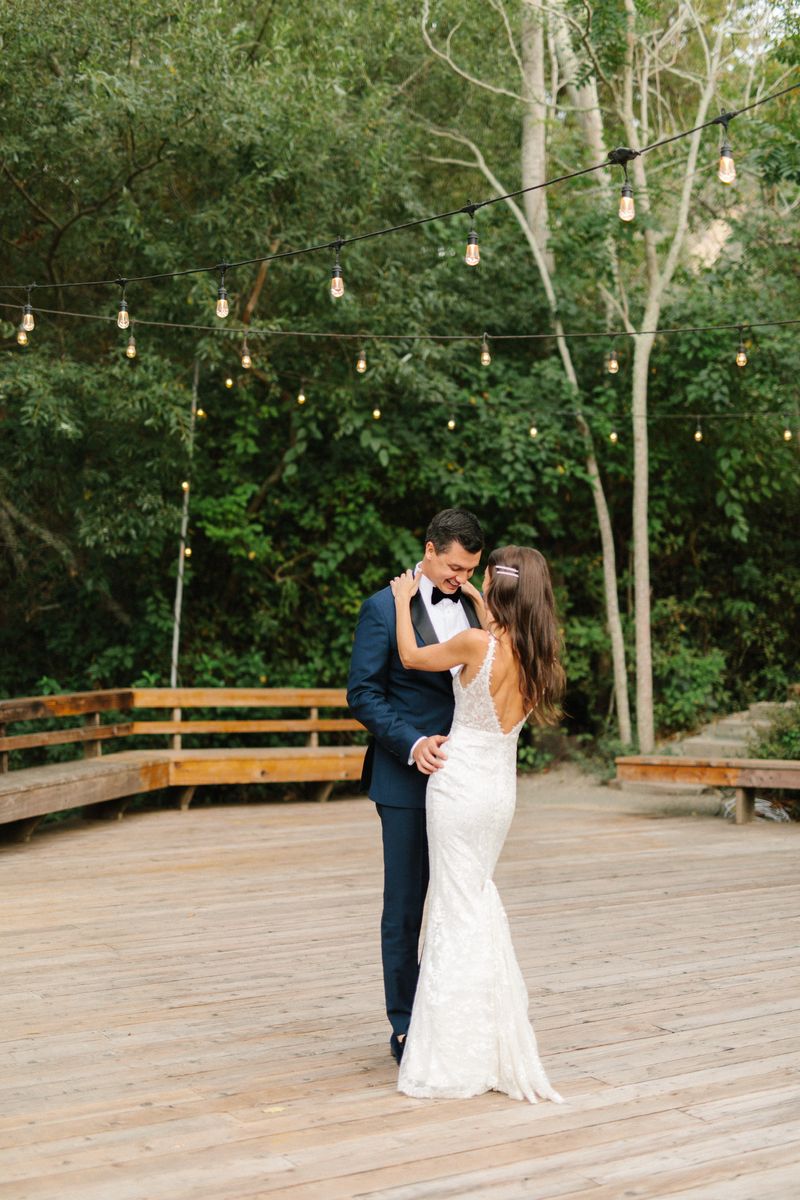 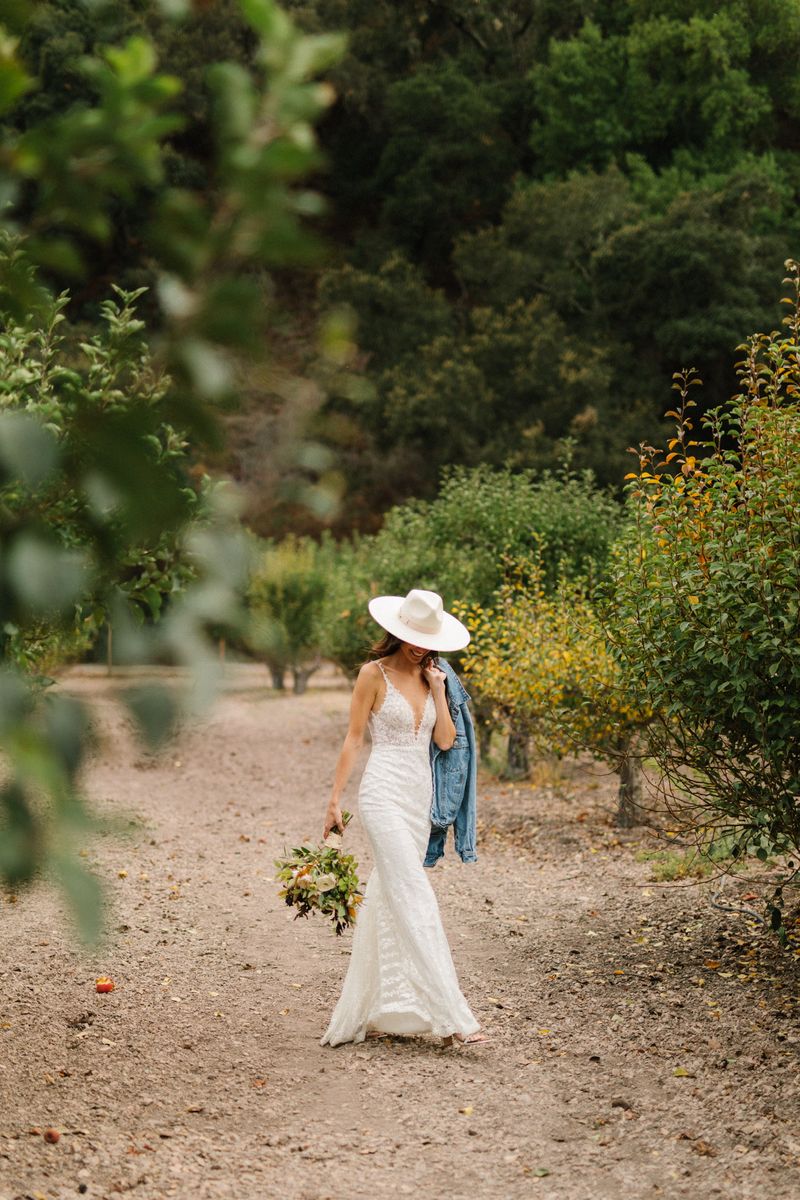 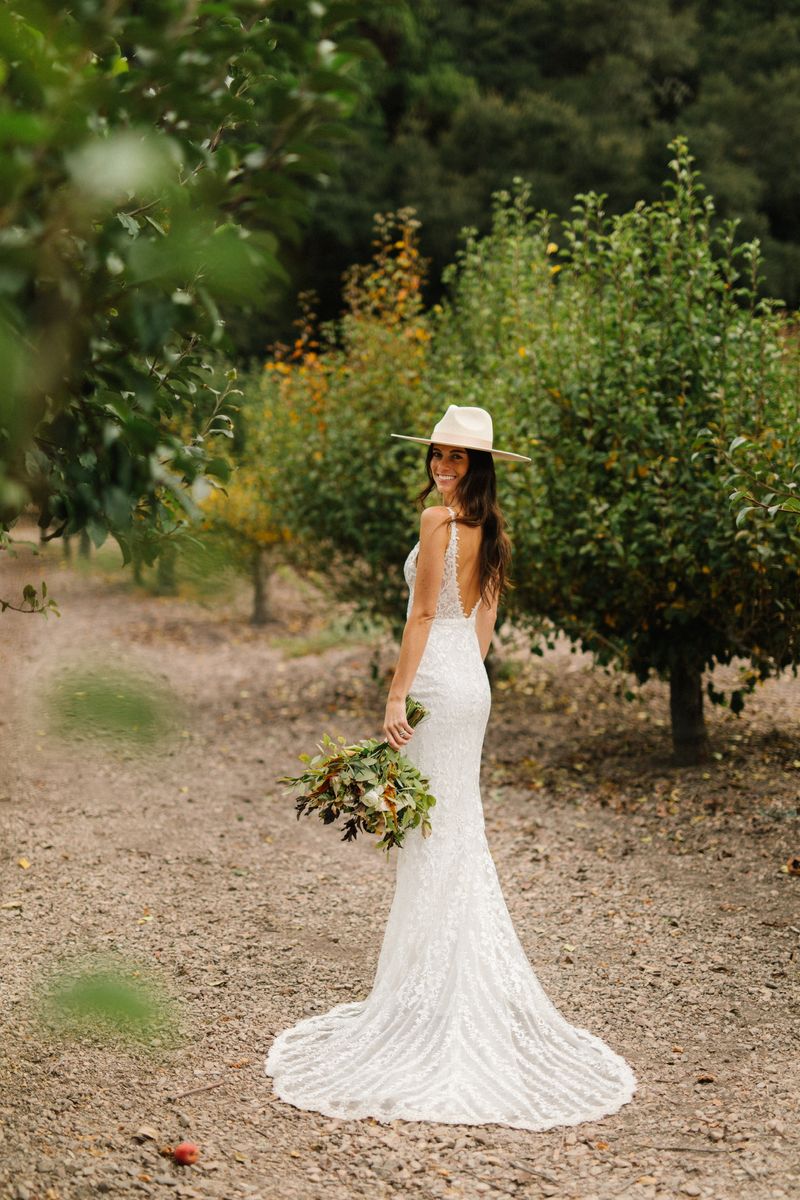 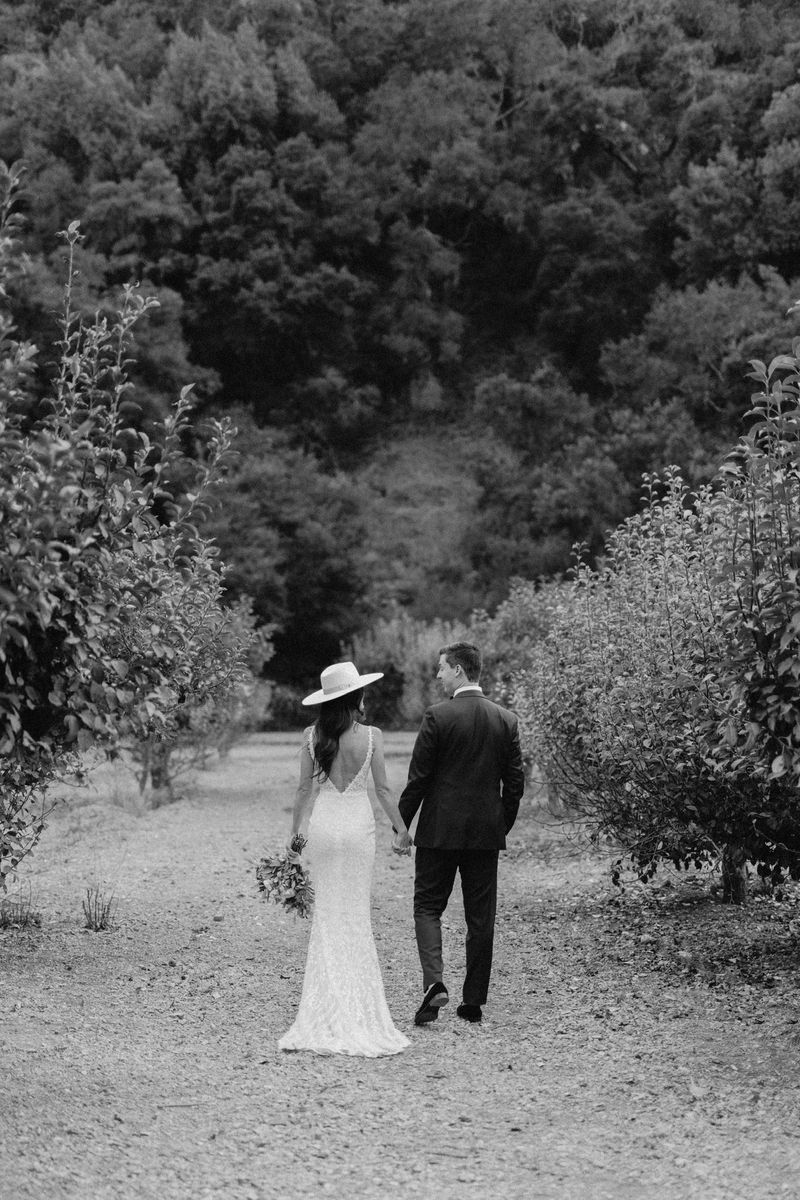 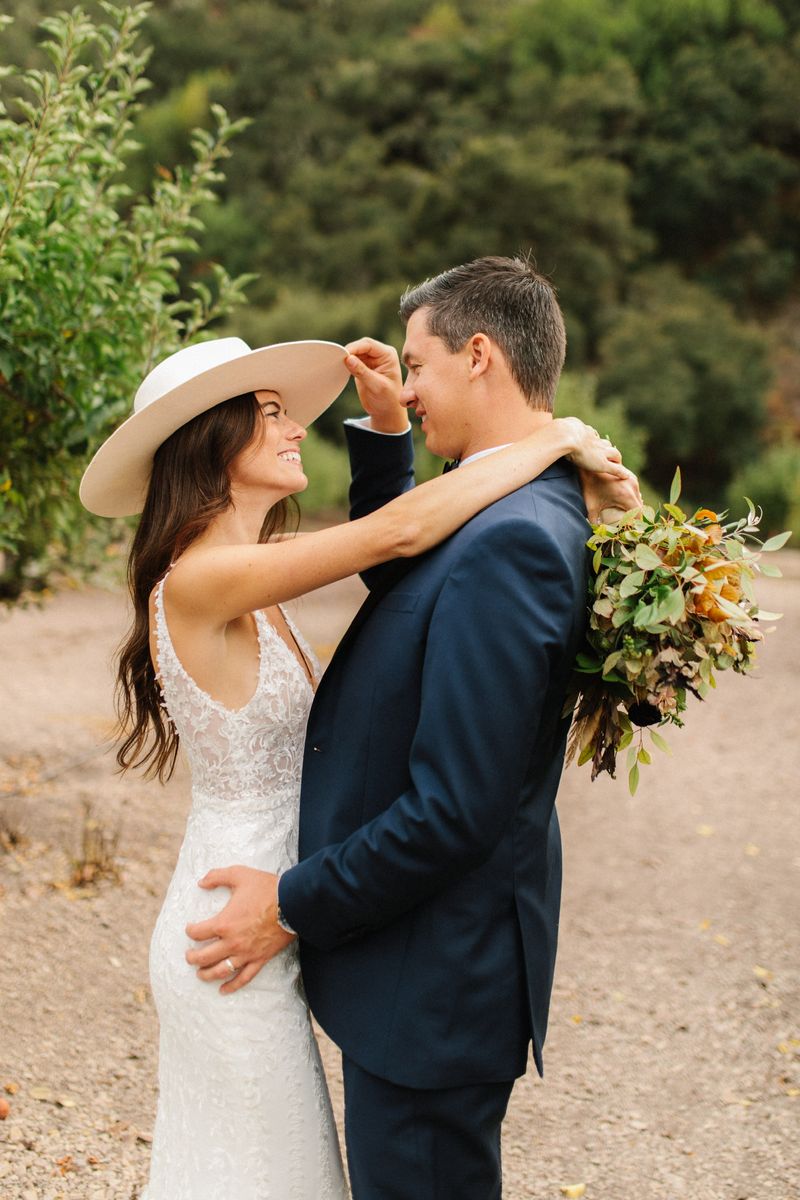 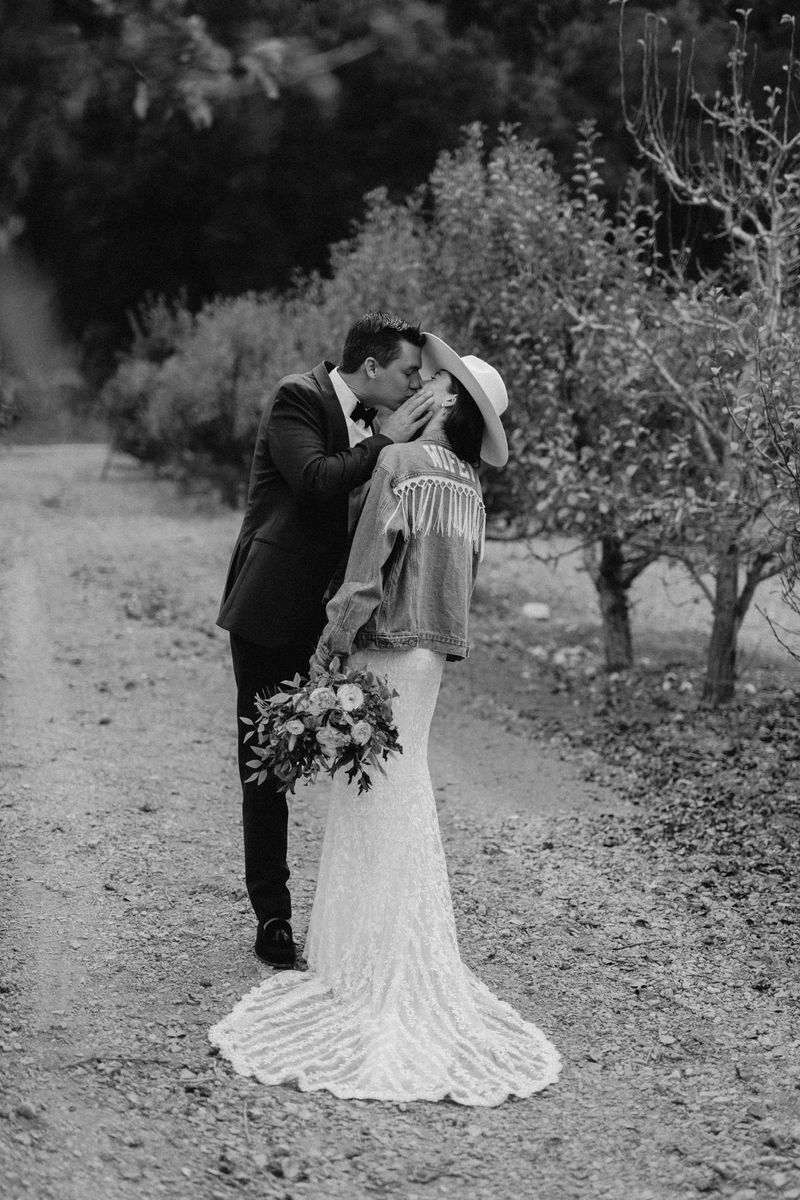 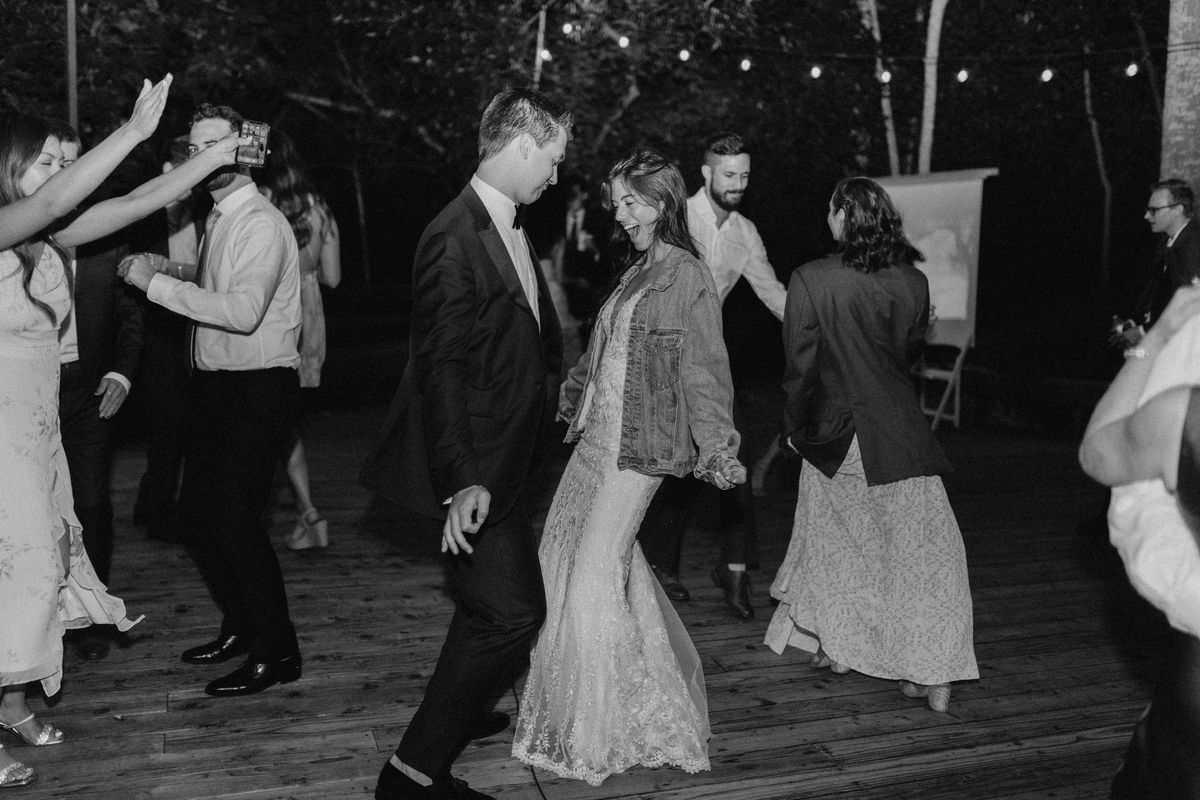 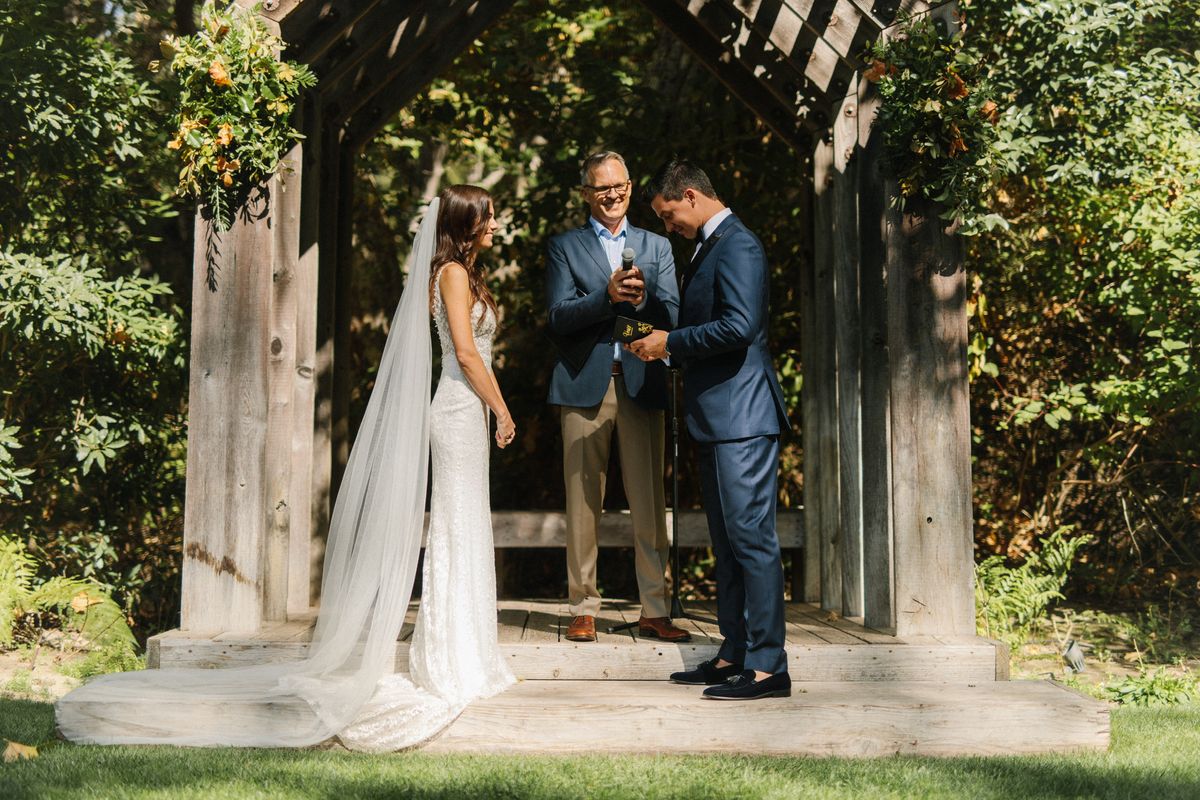 The bride did her makeup and hair herself