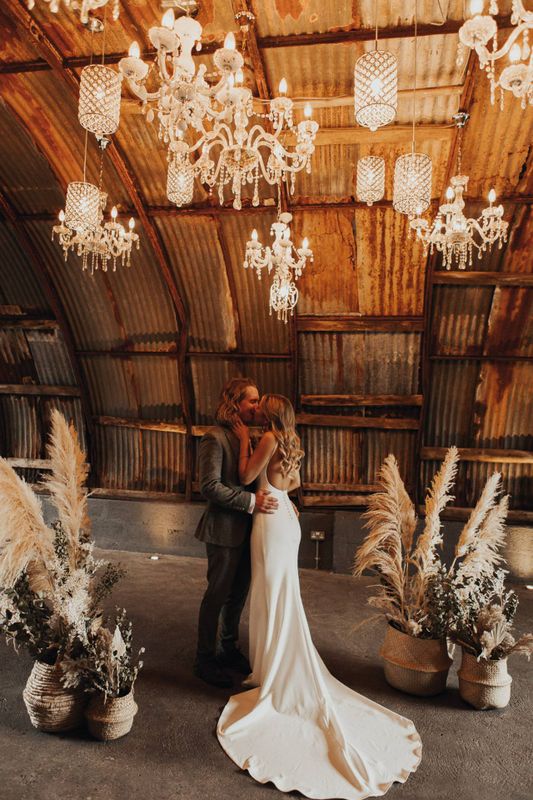 Liam and I met through mutual friends… and he followed me on Twitter! (throwback!) He responded to a tweet I had written that made a joke about cars with eyelashes and from then he sent me a few messages. We hadn’t actually met in person until our first date! We went bowling and for a few drinks when I was just 18 and he was 22. I actually wasn’t sure about him after that and went home to tell my brothers that he seemed like a bit of a ‘lad’, but he must have won me over in the weeks to follow.

I don’t know exactly, but I stopped thinking ‘oh if we’re together at that stage’ and instead struggled to think of life without him. We didn’t live together for 5 years, so I think we gave our relationship plenty of time to grow naturally. We had opportunities to miss each other and whenever something exciting came up, like a day trip or a new holiday destination, I always wanted to experience it with him above anyone else. Liam actually told me he was falling in love with me in a nightclub, which still makes us laugh to this day.

Liam is incredibly driven, hard-working and has fierce determination. I would describe him as a grafter. He doesn’t moan or complain about getting stuck into something that will take a lot of energy or effort.
I have huge respect for Liam as he is very independent. He didn’t have much growing up and his childhood wasn’t easy, but he has managed to become a very successful person and has built a reputation for himself both at work and in his personal life.
I love Liam’s passion for the natural world. Instead of appreciating just material things in life that money can buy, Liam likes to look forward to our next experience or adventure within nature. This carries through into his compassion for living things as we have both adapted our diets since being together to no longer eating meat or fish.

Liam proposed to me and it was perfect. Cornwall means a lot to me as I have spent lots of time there growing up, so taking Liam to Cornwall with my family meant the world to me. After many trips there together, Liam fell in love with it too. We had just spent a week in Cornwall with my family and the two of us had organised to stay for a few days together. We took a pizza and some beers to the beach to watch the sunset from the sand dunes. It was just the two of us and I was completely surprised. He had asked my Dad that morning, before they left, and the two of them were the only people who knew about it.

I always knew I wanted a simple, fuss-free and figure-hugging dress. Big dresses aren’t my thing and I always knew we would have a relaxed style of wedding. I saw Georgie on Instagram and knew I wanted to try her on. I always thought I wanted to wear lace, so I made sure I tried on a few of those first, but as soon as I put Georgie on, I felt so confident, so comfortable and so chic. My mum has always said she wasn’t keen on crepe material, but as soon as I walked out she was sold. The low back and elegant train was exactly what I was looking for!

Our wedding was postponed 5 times and there were a few occasions when Liam wanted to give up and cancel it because it was all becoming very stressful and deflating. I sometimes felt like Liam had continued with the plans because I wanted to, but on the day, during the evening, when all of our guests were dancing and the sun was setting, Liam found me on the dance floor and said ‘this is the best day of my life’. That moment made me so happy, because I knew it meant as much to him as it did to me and it was all worth it!

The venue itself is absolutely stunning, so it doesn’t need much jazzing up! I loved personalising our day. As vegetarians, Liam and I chose to create a sharing feast of curry and serve it in the middle of our trestle tables. Everyone has said how fantastic the food was and how much they enjoyed the relaxed serving style which gets people talking. We also had a pizza van in the evening, and had created the menu for this with specific pizzas named ‘the bride’, ‘the groom. ‘the newlyweds’ and ‘something blue’. Liam makes film sets and I absolutely LOVE films, so we created film quote escort cards and a table plan with film names for our guests to match up! A great talking point! I would also say that the speeches were fantastic! We had written our own vows and I was absolutely blown away by Liam’s. He isn’t usually an emotional man but I could tell he had put his heart and soul into the words he had written. We both love Eminem, so we made sure we had a band who would play some of our favourite songs to really turn the evening into a party – by the end of the night, I was up there doing a karaoke rap.

Do what makes you happy! We had lots of opinions offered to us before our big day, but you should remember that people are there to celebrate you, and your wedding should be a reflection of who you are as a couple! Think about all the ways that you would have a good time at a wedding and prioritise those. For us, we have rarely eaten the cake at a wedding, so we ditched that idea, stuck to delicious puddings, and instead spent the extra money on alcohol to ensure our guests had a great time.

Paige Grace Photography – stunning, natural photos.
Cru Events – delicious and beautifully presented food.
Amy Peters – natural yet lasting make up
Devon Wedding Hair – the girls were so happy with the styles she offered.
The Flyaways – such a great band with quirky songs! 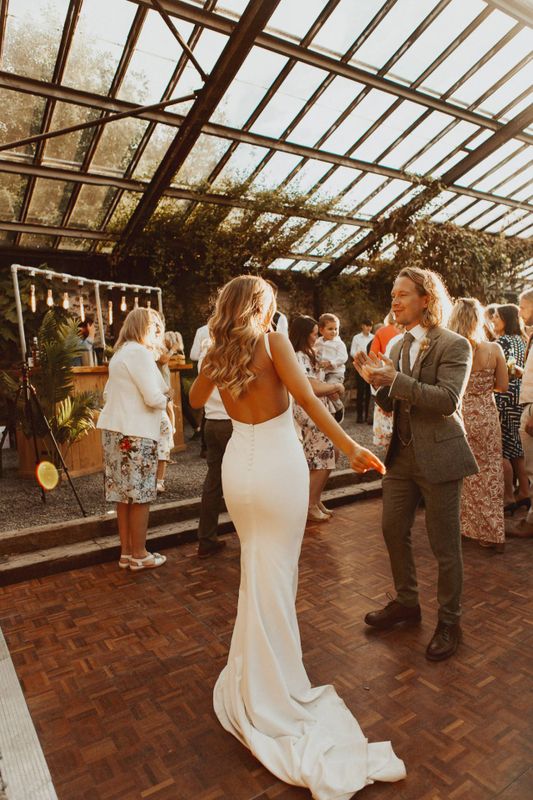 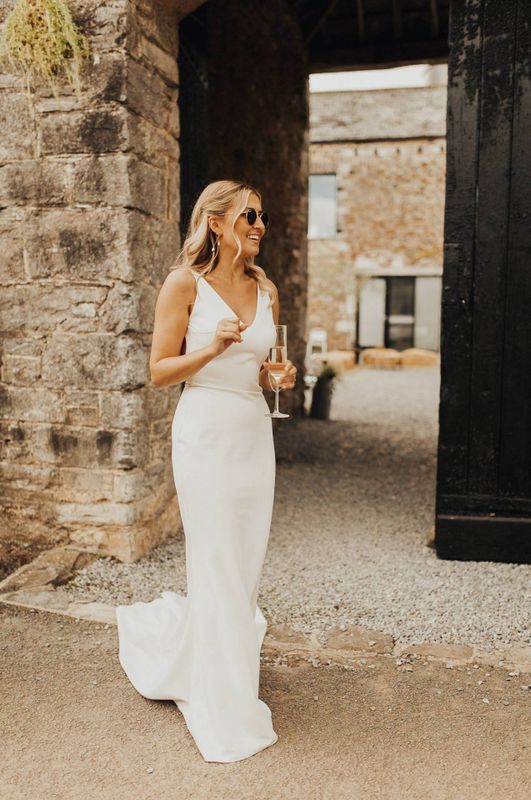 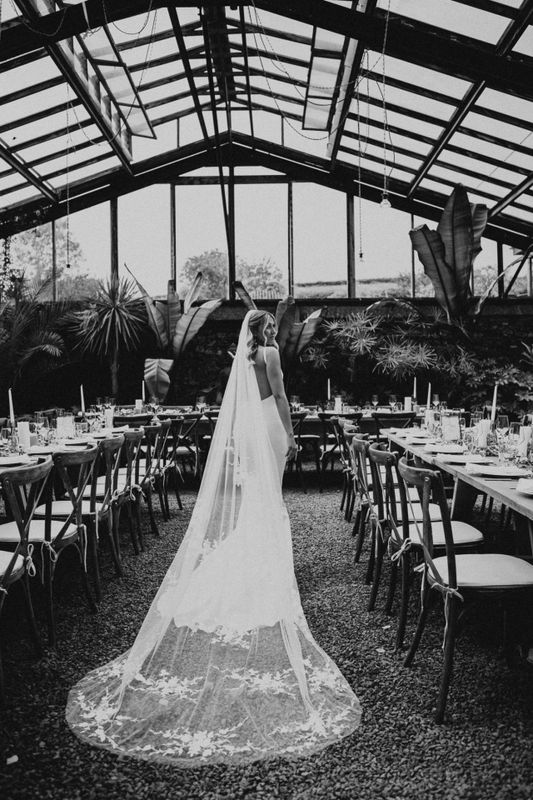 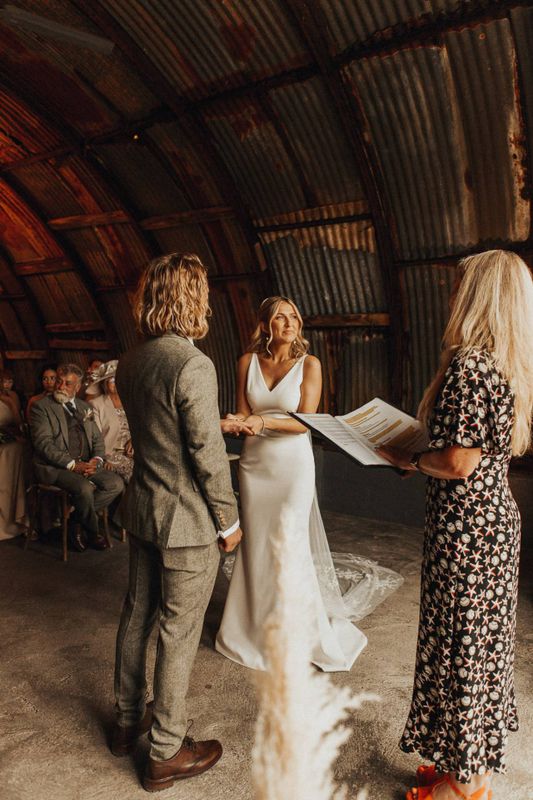 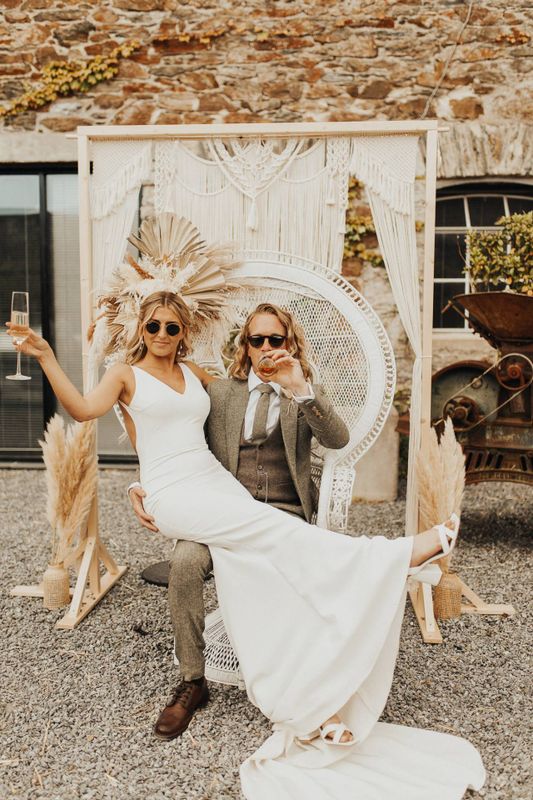 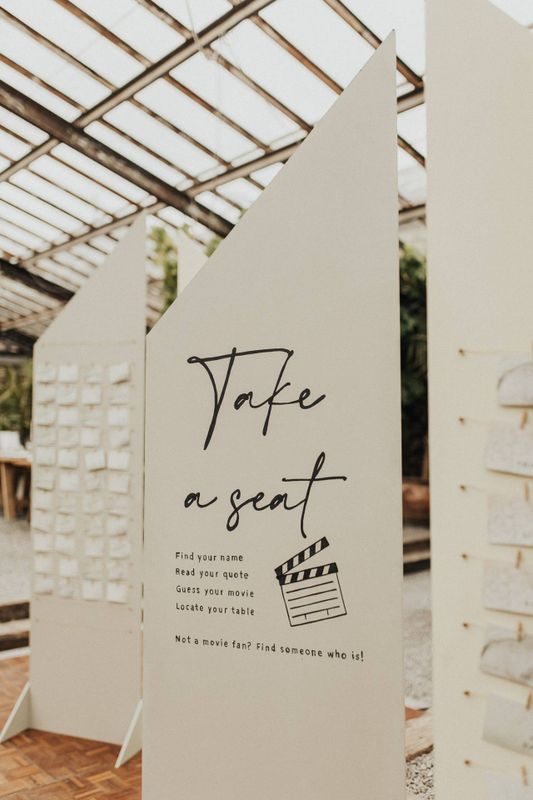 DIY – we bought dried flowers from wholesalers and did our own displays and bouquets!