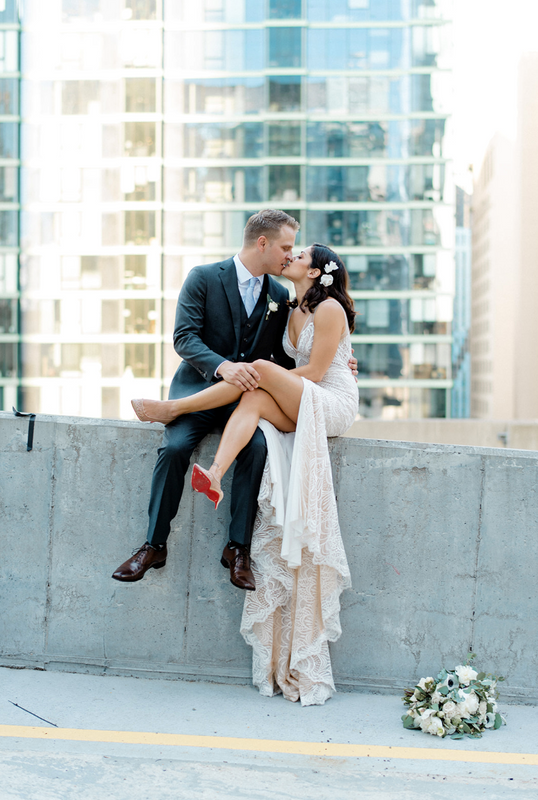 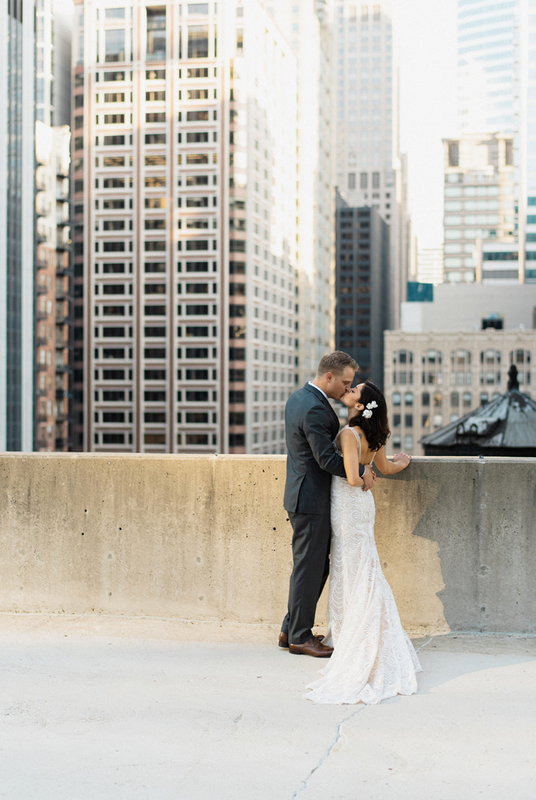 My husband, Alex, and I met in high school. But, this is nothing close to a “high school sweethearts” sort of story. He dated a few of my friends on and off, and we disliked one another entirely. I thought he was an arrogant jock (he was), and he thought I was an immature nerd (only half true!). But, as time went on and we both did some much-needed growing up, we grew closer and eventually developed a really strong friendship that slowly turned into something more. It’s crazy to think that I’ve known him for more than half of my life at this point. And even crazier to think of what my 15 year-old self would have thought if she knew she was going to MARRY Alex Derleth!

I knew he was the one probably a month into dating. We had grown so close as friends at that point, the minute I let myself fall in love with him, I knew it was it. We were only 22 at the time, but I was 100% confident that I would marry him… even though it took eight more years after that!

His confidence, his sense of humor, and his cute butt.

I first saw it on the Made With Love instagram account page, and honestly knew right then, just from the photo, that Harlie would be my dress. The fit, the cut, the lace, and THAT SLIT… it was like someone had ripped my dream dress from my fantasies and created it just for me. It was the first dress I tried on, and both my mom and sister instantly agreed we had found it!

Alex proposed the day after my 29th birthday in our new home with our pup, the most adorable French bulldog in the world, Hank (photo below!). It was adorable and romantic and… just the beginning! As he then swiftly escorted us to what I thought was just an intimate belated-birthday/engagement dinner, but turned out to be an enormous surprise party with all of our closest friends and family. He had even flew in my two best friends from college for the occasion!

We haven’t gone yet… celebrating a bit of a delayed honeymoon over the holidays this year in Africa! We’re going to Cape Town, Kruger, and then the Seychelles. I studied abroad in Cape Town nine years ago, and I’ve been dying to go back ever since. And now that I get to show Alex my favorite place in the whole world, I know its going to be so much more special. 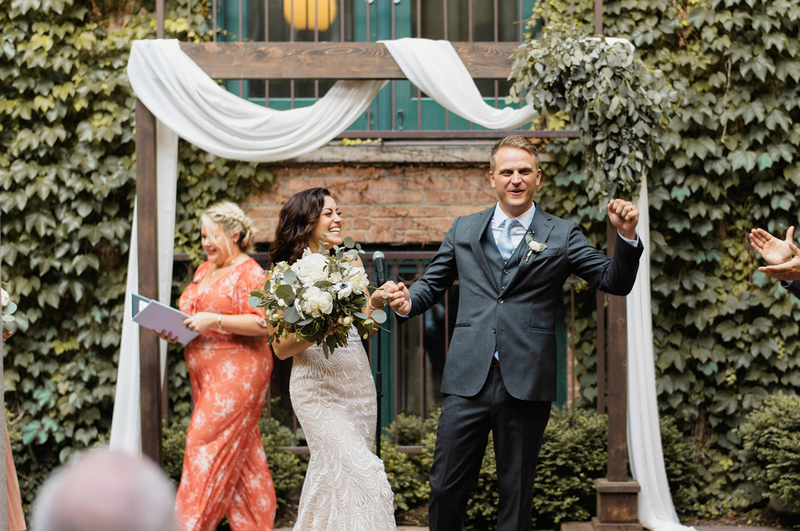 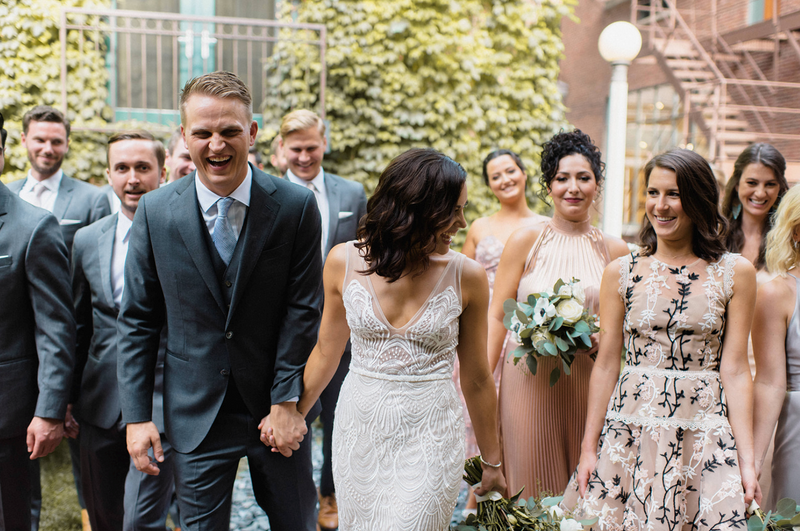 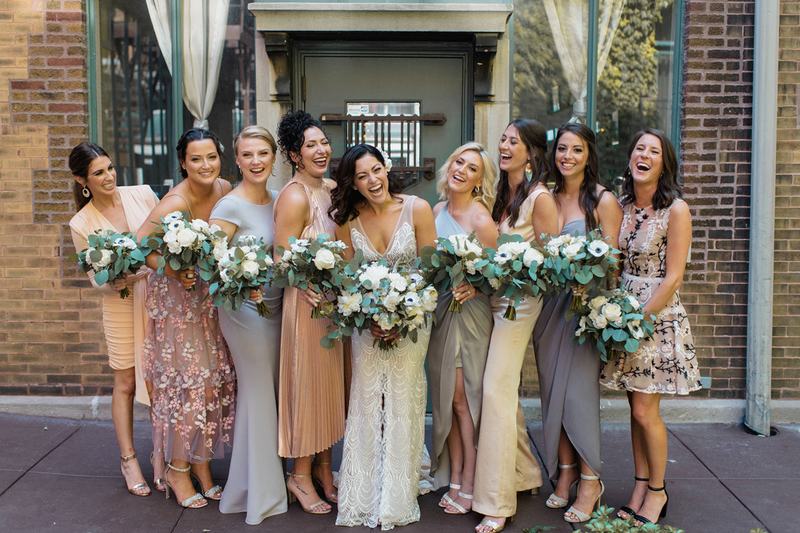 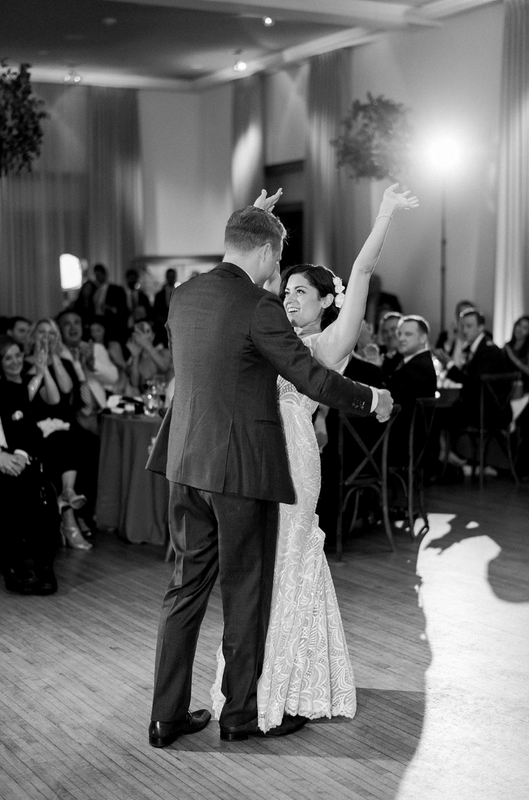 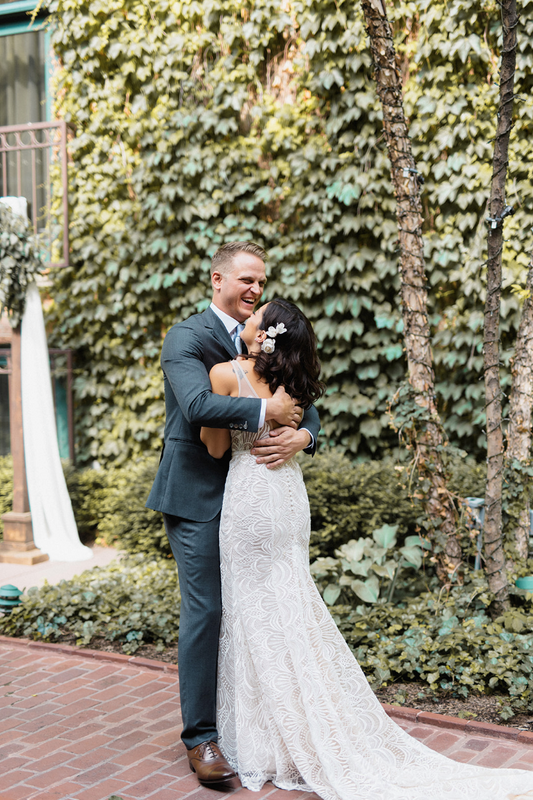 The Ivy Room in Chicago

I let them pick their own!