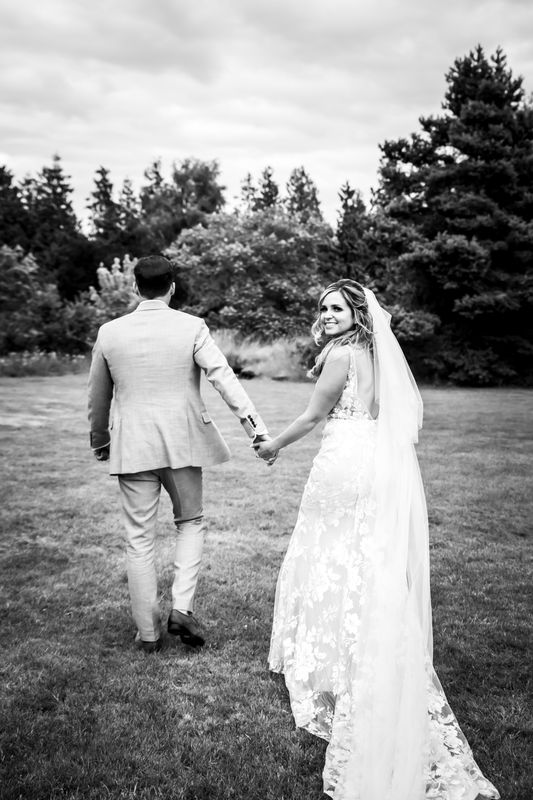 We met on a dating site years about 8 years ago, we added each other on social media but never ended up meeting. I ended up going out with someone else for four years we broke up and then I logged onto my old dating site account and Matt messaged me not remembering me from before. I remembered him because he had such an unusual surname – little did I know I would end up with that name. We often wonder what would have happened if we went out the first time – I guess we were just meant to be!

I had a newborn baby when we started dating, Matt has brought him up as his own son. The first time I saw him with him and saw how gentle he was with him I knew he was the one. We are both very lucky to have him.

Matt really is my soulmate, he’s gentle and kind and he’s really handsome – he’s also a great DJ – am I allowed four?

I had tried on lots of dresses but felt stupid in them all, none of the more traditional styles suited me. I had seen Stevie on Instagram so I decided to travel to London to try it on, I loved the dress but it only came in White and Nude and the colours weren’t quite right, I’d also tried on Harlie in bone and I fell in love with the colour – my ideal dress was a mix of the two. I left as the dress wasn’t right but I couldn’t stop thinking about how Stevie in bone would be my dream dress – I decided to be cheeky and message the lovely team at Made With Love to see if they could make it in bone, you can imagine how happy I was when they said they could.

Matt proposed on our second anniversary at the pub where we went on our first date. I found out I was pregnant with our son three days later – it was quite a week!

We haven’t been yet, Matt is Djing at a festival in Amsterdam in October and I am going with him, then next year we are spending 10 days in an over water Villa in the Maldives – I cannot wait to spend some time alone with Matt. 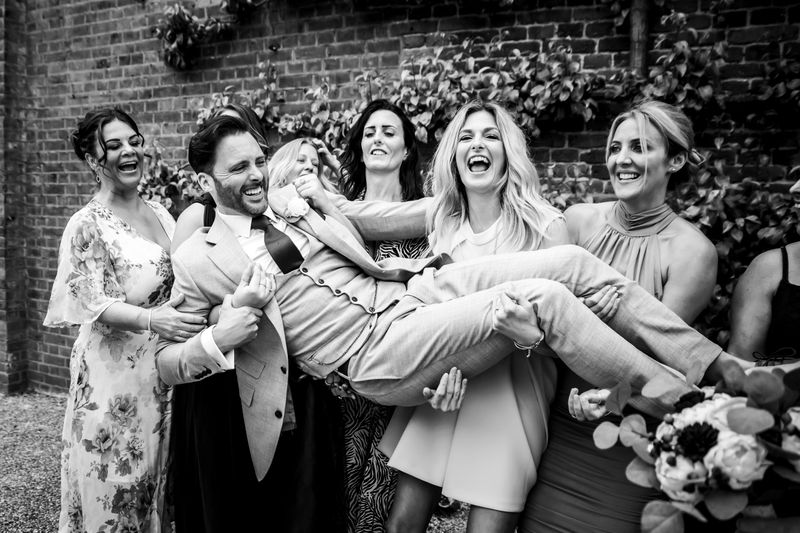 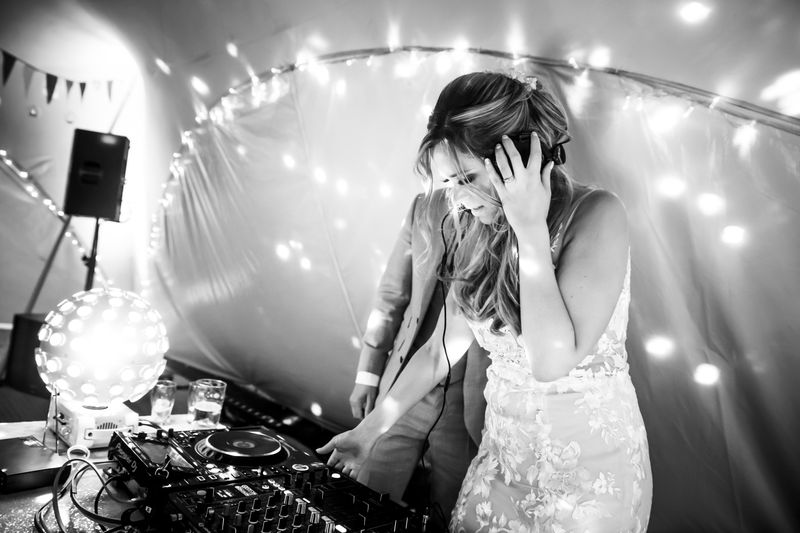 I had hand painted sola flowers, I wanted them as they are ecofriendly – they are massive in America but the trend hasn’t hit the UK yet so I decided to do my own. Everyone loved them – so I’ve opened up my own business called the Secret Garden Club – I’m currently working on another wedding – check me out in Instagram

I had Navy Multiway Dresses from Etsy made in Russia

I was lucky enough to be able to use my late Grandmothers eternity ring as a wedding band, it goes perfectly with my engagement ring. I just had to have it made smaller as I have tiny fingers. Matt has a black carbon band it really suits his style.

Matt had a bespoke made to measure suit in biscuit from Antony Formal Wear Tailoring,  the groomsmen had Navy suits from Slaters menswear to match the Bridesmaids