Jordan and I have been together for 9 years. We met through mutual friends after Jordan returned from a few years abroad. It was only really a matter of time before we met one another. Jordan is a few years older than me but we went to the same primary school, the same high school and we grew up down the road from one another – literally 500m! He used to jump our fence with his mate who lived next door to swim in our backyard pool when he was a teenager. We can’t wait to tell our kids that one!

Before the proposal we spent years travelling the world together. 2 years in England, a few months backpacking Europe, a few years in Australia and now coming up 4 years in NZ. When you’re away from your family and usual support networks riding the waves of life- it hasn’t mattered where we live or how much money we have or haven’t got. We’ve always made the best of it, been there for one another and made a home wherever we are with each other. Home is wherever I am with you. Our very fitting first dance song.

I flew over from NZ to Sydney for a fitting and Bec kindly stayed behind so that I could be squished in while I was in town. I initially had my heart set on Georgie but I later found out one of my girlfriends had bought her. Despite being upset, Bec was amazing and suggested a few other options for me to try, one being Sienna and she was it! It was actually my sister in law to be and bridesmaid Corban, who confirmed for me that she was the dress for our wedding. Her reaction when I came out of the dressing room is one I will never forget.

Jordan proposed just down the road from our Auckland, New Zealand home after 7 and a half years together. It was a beautiful coastal picnic overlooking the water and he completely took me by surprise. We often go for walks around the area, so it didn’t strike me as too much out of the ordinary and we had long talked about going on a picnic since we moved into the area. We were talking about our nieces and nephews and our future plans for a family of our own when I made a comment about hopefully having a wedding before kids. Jordans’ response was perfect; “Well how about we plan a wedding then” I turned to look at him and there he was with a ring in his hand. I later found out that he had, had the ring for a while! A few months earlier when he had been visiting the family in Australia that he had organized with my sister Abbey to design and have the ring made when she went away for work to Dubai. He chose the diamond, setting, and band via Facetime and Abbey bought it home for him to collect. I’ve even got a video of my ring being made from scratch. Abbey was thrilled to be a part of the process, but she didn’t know when he planned to propose, so she had to wait the 3 or so months until he found ‘the right time’ to ask the question.

We had a ‘mini-moon’ down at Bannisters Mollymook straight after the wedding with plans for an early 2020 honeymoon. 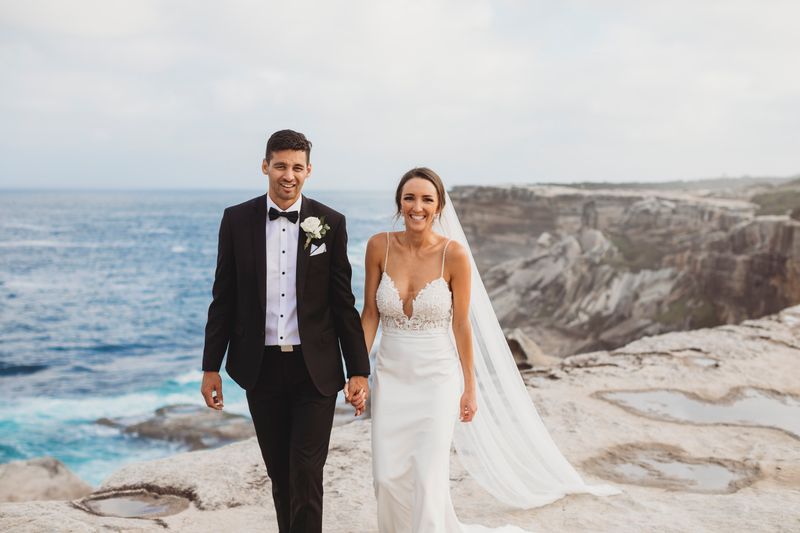 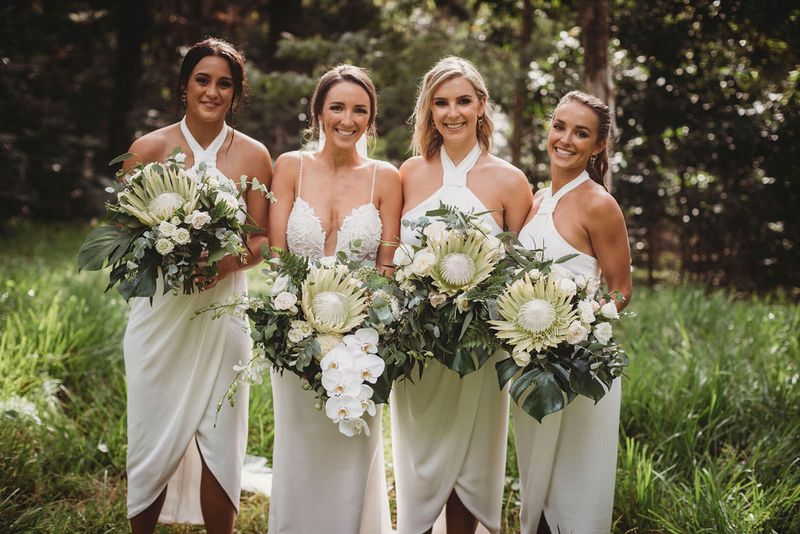 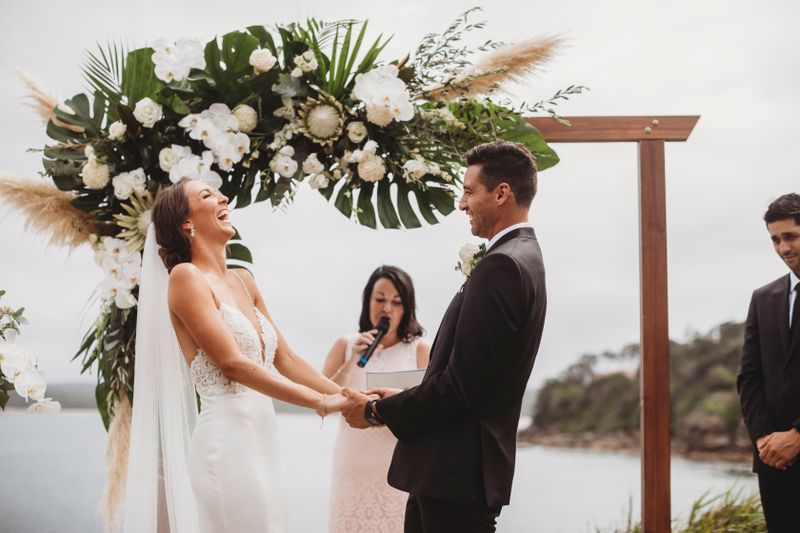 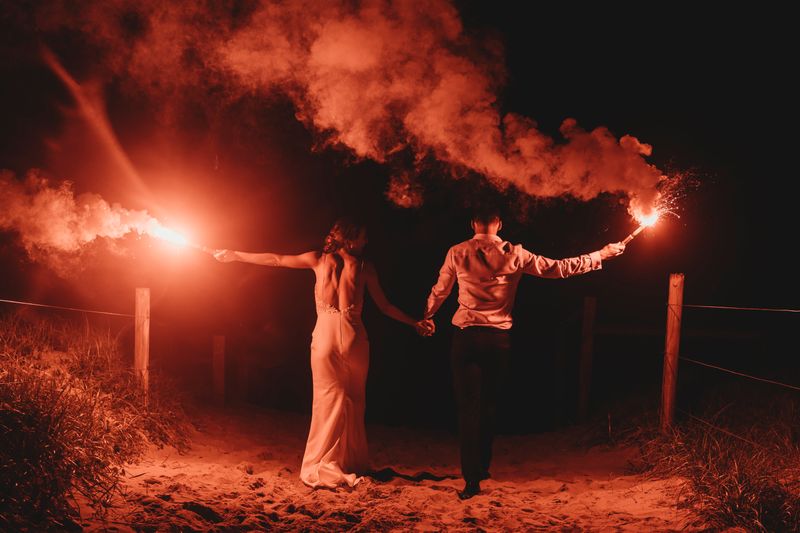 They were from Myer.