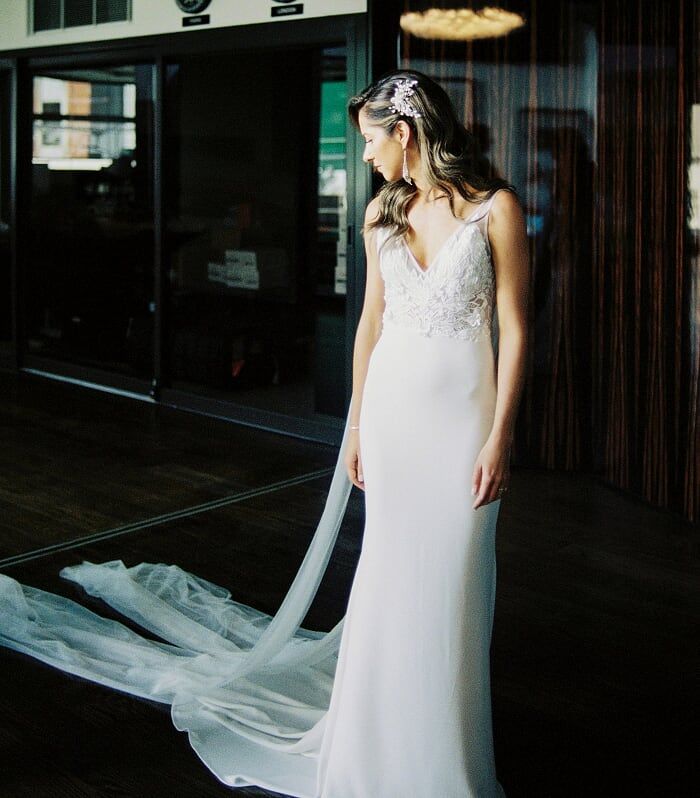 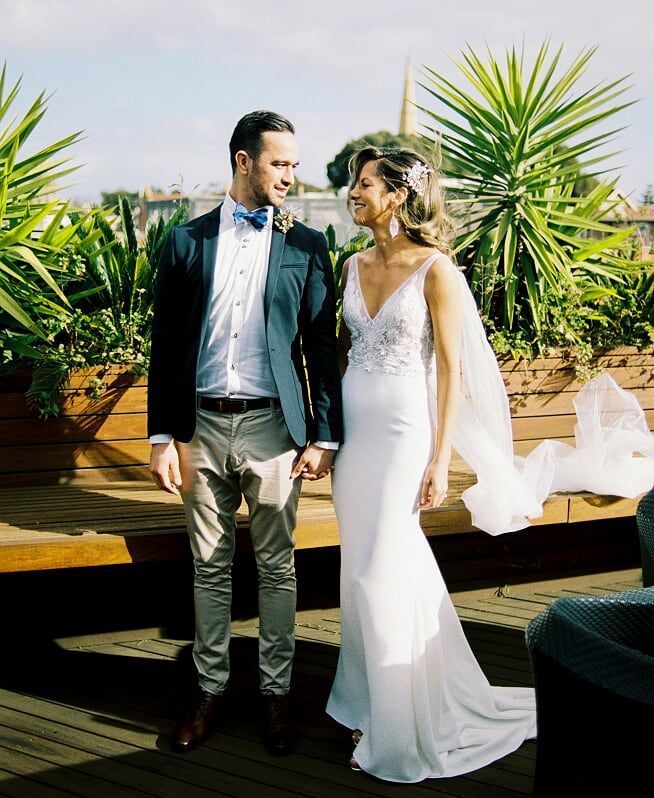 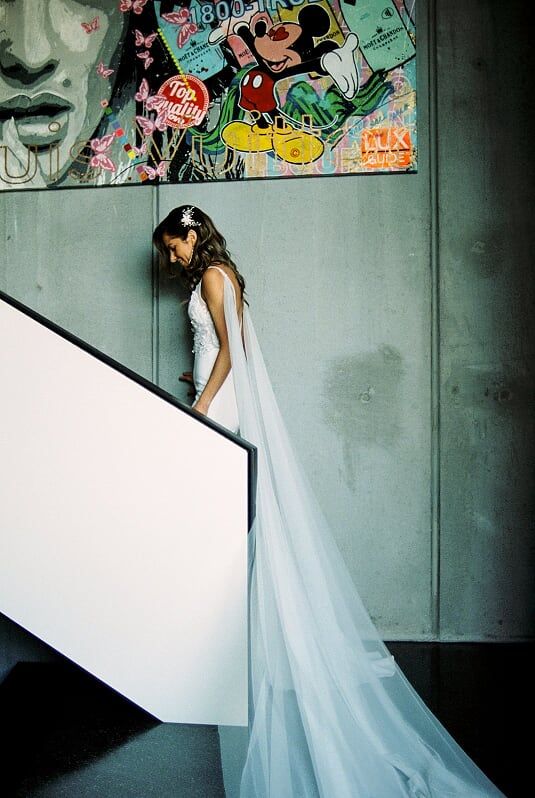 We met at a gym in Richmond, Victoria in late 2014. Shaun was a Personal Trainer and I was a member. We used to wave and say hi but we didn’t properly meet until Shaun’s birthday in April 2015 on a night out with the gym crew where we hit it off instantly!

One morning, early in our dating period, we were out for breakfast after a big night out. Shaun was hungover and couldn’t finish his breakfast. He knew I was special when I called him weak and finished his meal as well as my own.

His commitment to growth… he always tries to be/do better! He’s constantly reading or doing a short course or researching to learn how/where he can improve.
His optimism… I’m definitely the pessimist out of the two of us! I like to think being on opposite ends balances us out, which is true to an extent, but his optimism is what gets us through.
His loyalty… I have never, ever doubted or questioned my trust in Shaun – he is the most loyal person I know!

As I’m originally from the Gold Coast, I was visiting family for Christmas a couple of weeks after the proposal. I already had my eye on Made With Love so quickly made an appointment and it was only the second place I tried on dresses. I really liked a couple of dresses but as it was one of the first places I’d been, I went back home to Melbourne and kept looking. I ended up buying a Pronovias gown which took 4 months to arrive and when I received it, I instantly knew it wasn’t for me and I only had 2 months until my wedding! I had a Gold Coast weekend booked the week after so I quickly made another appointment at MWL and Carlie was the first dress I tried and I just knew she was perfect!!! I put in a rush order and never looked back – she is just stunning and I am so glad I decided to change my dress!

Shaun proposed to me at our apartment in Richmond. I was at my work Christmas lunch and Shaun kept texting me asking me when I’d be home and it was driving me nuts as he’s never usually like that – it did make me feel like something was up!!! I came home to a candle lit apartment and a trail of red rose petals from our front door to where he was waiting on one knee. It was so simple, beautiful and romantic! After the proposal we called our families and Shaun had made a reservation at my favourite restaurant, Bahari, for dinner 🙂

We’re currently on our honeymoon on the Greek Island of Paros! We’ve been to London UK, Budapest Hungary, Istanbul Turkey, Cappadocia Turkey, Cirali Turkey, Santorini Greece and now Paros Greece. Next and last stop is Dubai. Having the BEST time together! 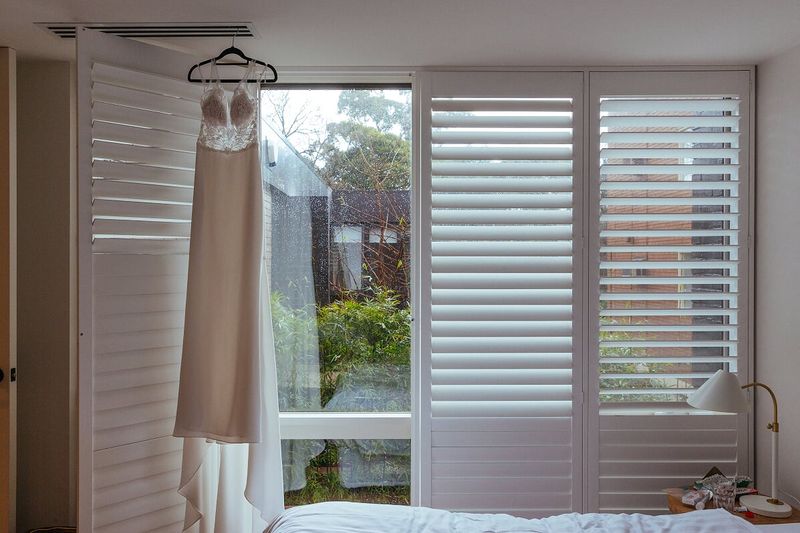 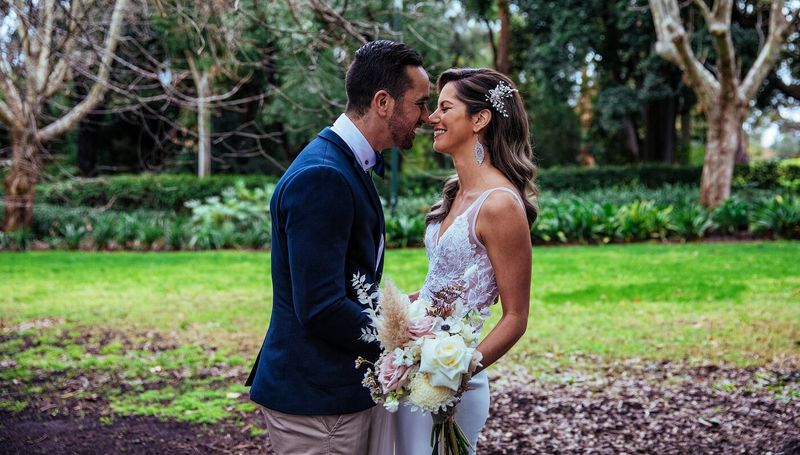 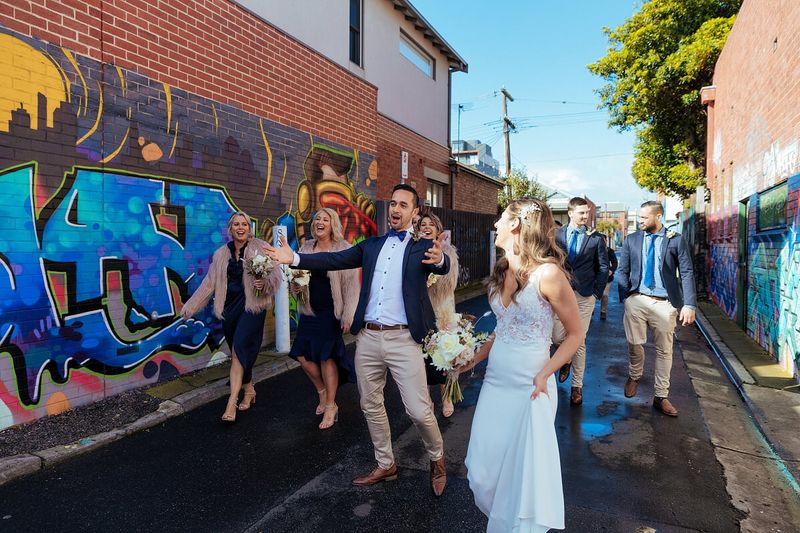