Rob and I were 17 when we first met 8 Years ago! His best friend (Ben his best man) was dating my best friend at the time and thought it would be nice for us two to meet seeing as we were both single. We first set eyes on each other in a video store in Brisbane and picked a movie out together (with our friends) to watch that night. It was a casual night in, eating pizza, playing games, watching movies but it was enough for me to know this he was a good guy and grew a soft spot for him instantly. He dropped me home in the morning, we exchanged numbers not knowing what was going to happen moving forward. I think it was approx. 5mins after he left that I received a text saying he had a great time. We had a few dates here and there after this, very casually, but it was on robs birthday that he strategically asked me to be his girlfriend so I wouldn’t say no! Luckily for him it was all I wanted and we haven’t looked back since.

I think I’ve always known he was my match in life but it’s Ben set in stone 100% with us growing into adults together. We’ve been lucky enough to share in each other’s major milestones throughout the past 8 years- From getting our drivers licenses when we were teenagers, to graduating university, beginning our careers, and moving out of home together for the first time, and down in Melbourne none the less!

The fact that he can laugh both with me and at me, he can see both sides to a story and that he is very adaptable to unknown situations.

As a fashion designer myself, I didn’t know what I was going to end up with going into the process of picking a dress. The most commonly asked question I get about the wedding is “did you design your dress”!? I toyed with the idea of making my dress, however told myself to not rule out trying dresses on. I Luckily for me, I can identify quality and value when it comes to clothes and Billie was actually the first dress I tried on in the process! I like to think of my style as modern, classic with a unique twist and Billie ticked all of those boxes for me! It was me in dress form!

Okay let me set the scene- it was Christmas time 2017 where we had flown up home (to Brisbane) to spend Christmas week with our families. It was Christmas morning and we were huddled around the Christmas tree in our pyjamas with my family opening presents. Rob seemed pretty quiet but I thought he was just tired. He handed me this big present which I anticipated to be the shoes I had been asking for FOREVER! I was so excited to unwrap a shoe box, however when I opened it there was another box inside of it. I unwrapped that one to which I found another box. It turned into this game of pass the parcel- unwrapping box after box. Finally I found a small square box in the middle of the parcel- however it still didn’t click in my mind as to what it could have been (duhhhh). After a few thoughts ran through my head, that’s when it clicked and I looked up to rob and said “this isn’t what I think it is… is it!?”. He got on one knee and asked me to spend the rest of my life with him. In amongst the blubbering of tears I said “of course I will”. I was so happy that my family were there to share in this special moment and Christmas Day will forever be special to us from here on in.

We didn’t do a big honeymoon straight away, we went on a mini-moon to Byron bay, however are planning on doing a coastal European summer honeymoon next year. 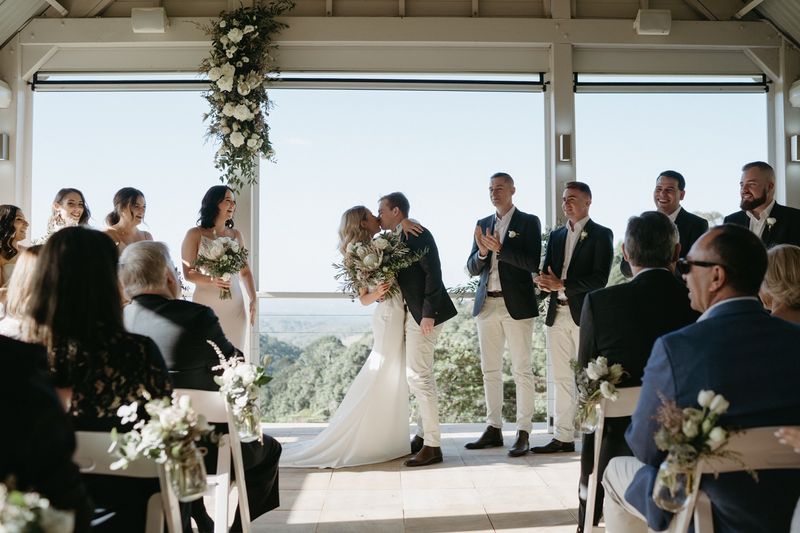 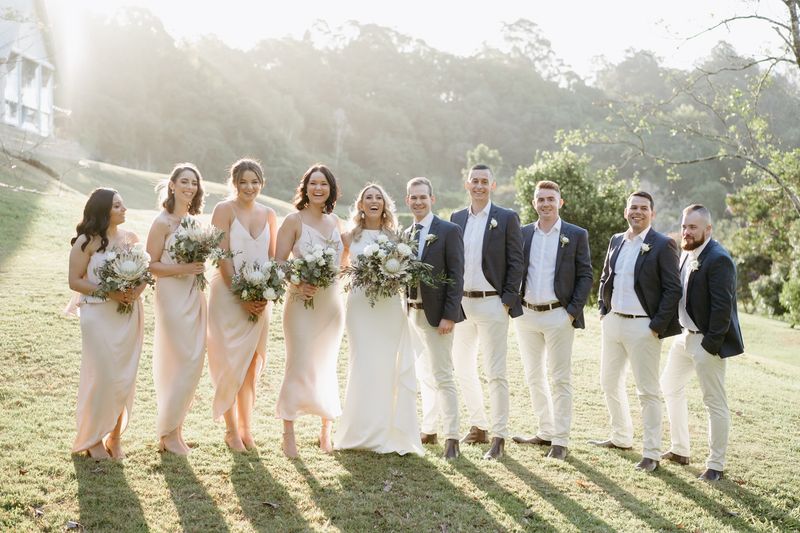 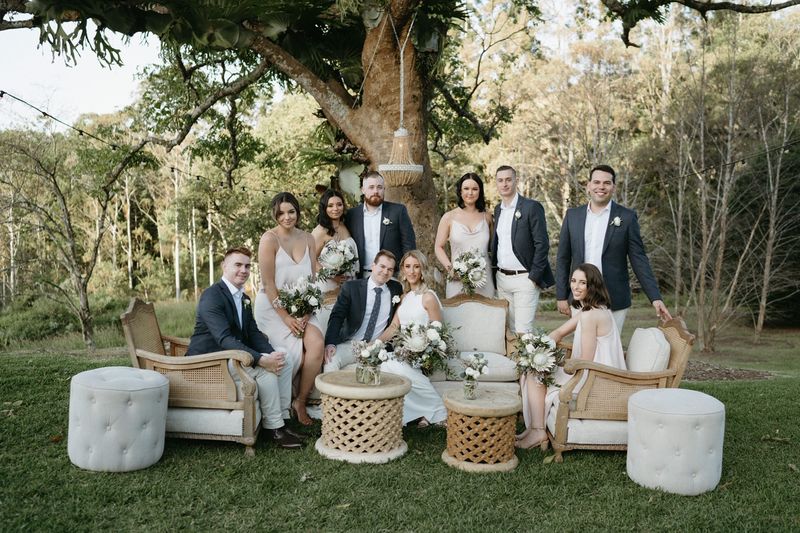 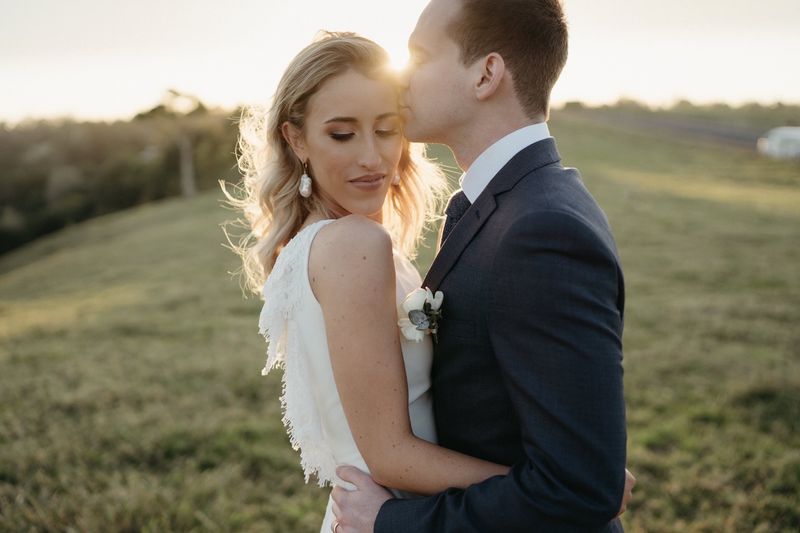 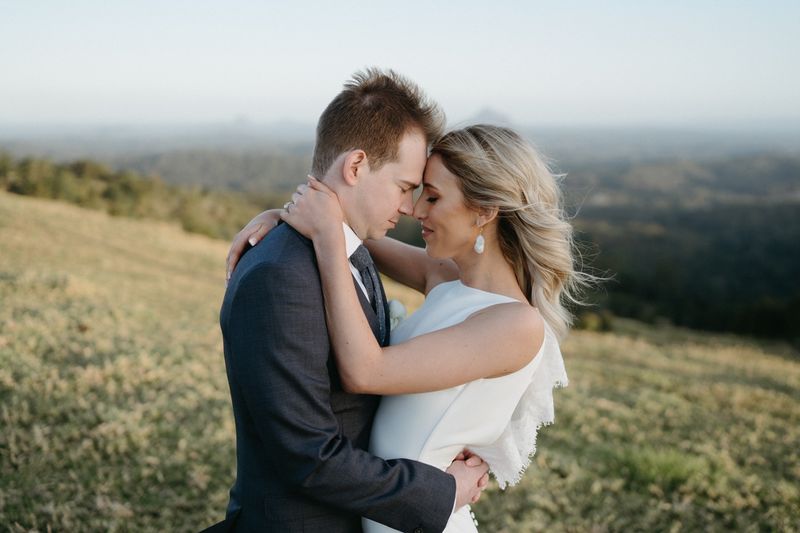 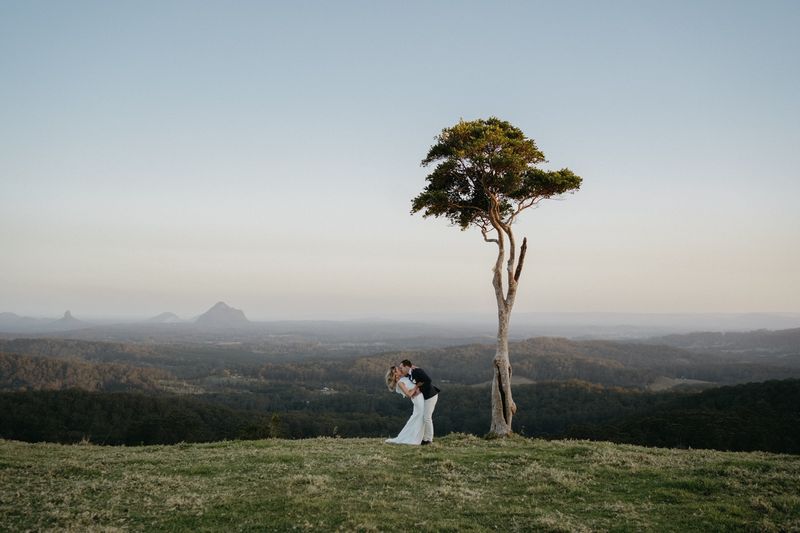 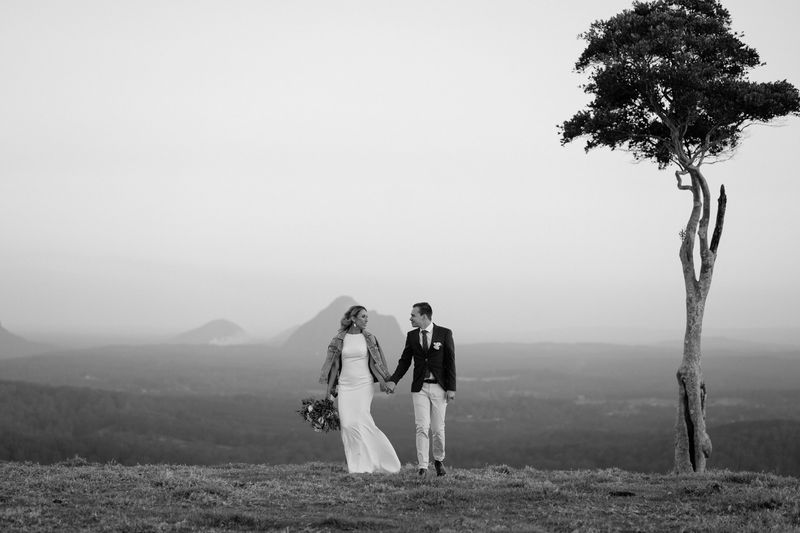