We met in Margaret River wine region in Western Australia (where we are both originally from) nearly 10 years ago on a weekend away with other friends! We both now live in Melbourne and we had our wedding in Hamilton Island, just to keep it interesting!

When did you know he was the one?

When I went travelling for a few months about a year into our relationship. We had a break for this period as it was just something we both felt was best, but I realised during that trip how much I missed him and wanted to be with him. The rest is history! Now we “do life” together every step of the way and I love our adventures!

I fell in love with my dress at Bluebell Bridal on Flinders Lane in Melbourne. It was actually the first dress I tried on!! I was so excited by it and my mum started crying, but we both agreed I should go and try on some more to make sure it really was “the one”. I tried on a few other dresses at other places and then came back to this one and it was still the one I felt the most comfortable in. It was the most “me!”.  A bit different, not traditional and super stylish! 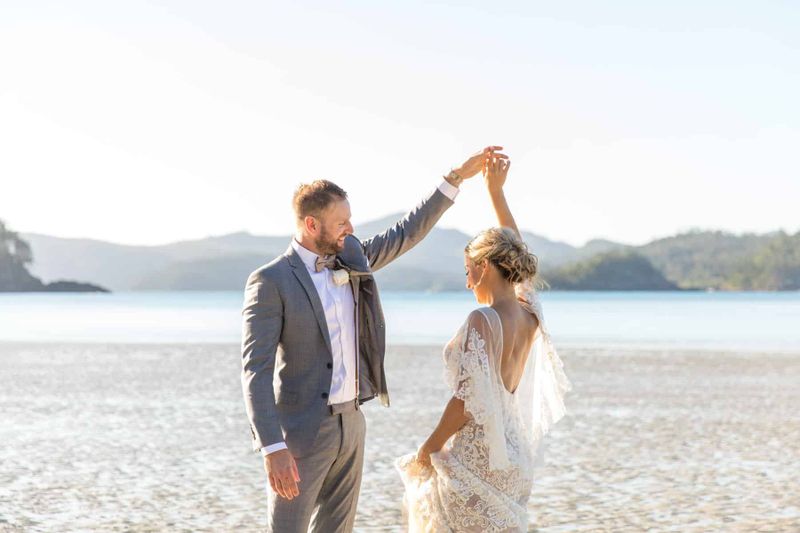 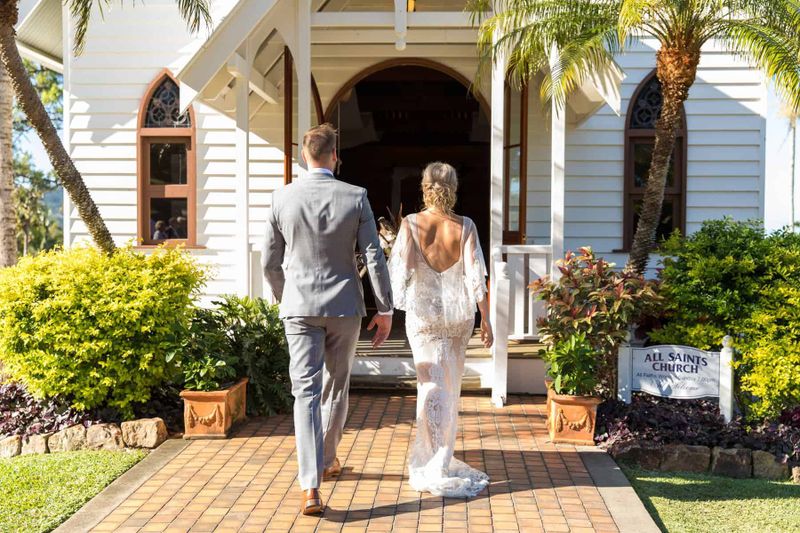