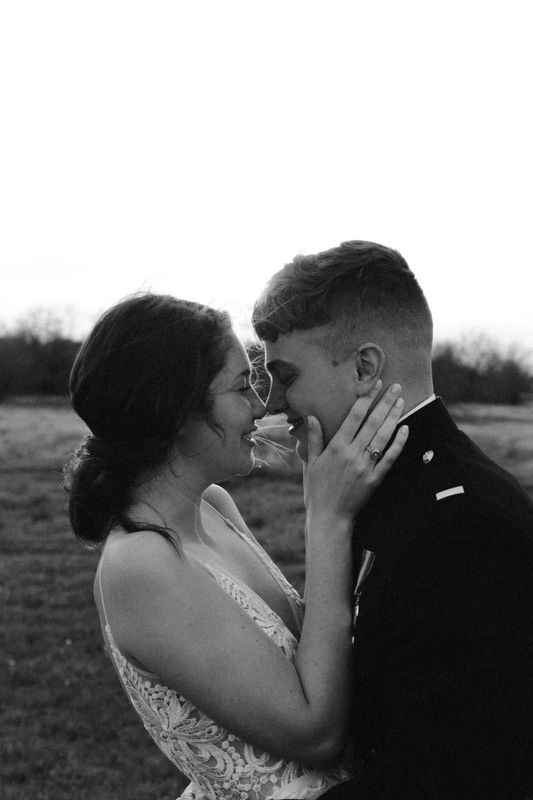 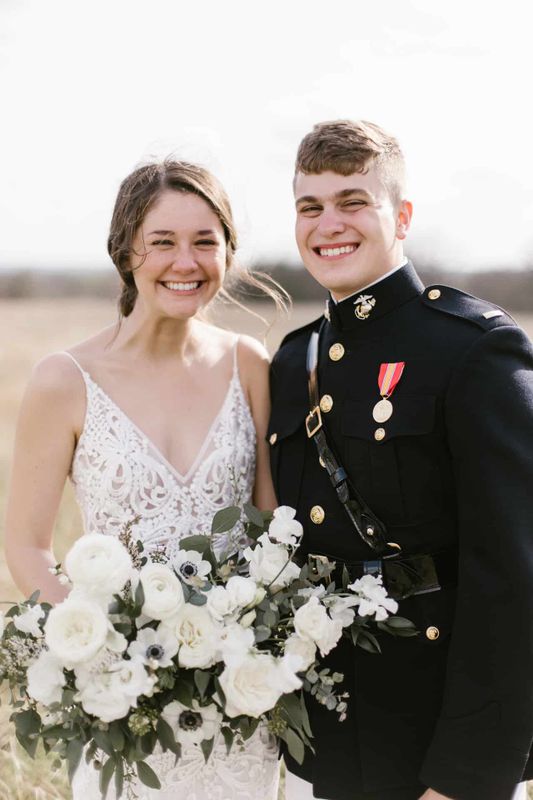 My husband and I met at a summer camp when we were both 19 years old. It was a camp that we had both gone to as kids, and later chose to serve at. We were both going to be boat drivers for it, so we had to go a week earlier than a lot of the other workers to get some extra training. Being in a group of about 20, it was easy to get to know him well!

I knew I wanted to marry him practically right away! Like I said previously, while we were doing our week of boat driver training, there was a lot of down time to get to know the other workers- specifically my now husband, Greg. Although he is quiet, his actions are what make him stand out. I fell for him that first week of training, and lucky for me, so did he. We expressed our feelings towards one another a few weeks later and from there talked marriage! 4 years later, we’ve said “I Do”!

As I mentioned before, he is a quiet guy, so his actions do a lot of his talking. Let me tell you, Greg is HUMBLE. I have never heard him brag once. Being an officer in the military, he has worked so hard to get where he is, not boasting about it. Greg keeps his word. I don’t know how, but he remembers everything. Sometimes that can be to me disadvantage (teehee), but it helps him to follow through on what he says, not just with me, but with everyone he interacts with. That leads me to my third favorite- he is a man of reputation. You know those people who everyone naturally just likes? That’s Greg. Now, I’m not meaning that in a “he is a popular guy” kind of way. What I mean is that it’s not just me that sees these things about him. He genuinely has this aura about him that draws people in, making them feel welcomed.

Living in Dallas, I had seen various bridal shops, but only one carried MWL- a & bé. After having seen the “Sasha” dress a few months prior, I had my mind set on making her mine. The way MWL dresses lay is so femininely flattering and exactly what I had been wanting. My stylist, Jackie, put me in a few dresses before I slipped into Sasha, and they just could not compare. I have never seen such lace on a dress !!! And the way the dress V’s at the front and back is feminine without being, as my mother would call it, raunchy.

He proposed this past October while hiking the Appalachian Mountains in a national park. It was very intimate and personal, something we had both desired in an engagement. We of course shared with loved ones shortly after, but spent that moment to ourselves, fully engulfed with love and excitement for what that “yes” meant. Not too shabby having the mountains as your backdrop!

Because my husband and I live somewhere tropical, we spent a week together in a cozy lil cabin in Estes Park, Colorado. It had snowed a lot right before we got there so it was bright and beautiful and perfect for getting nice and cozy. 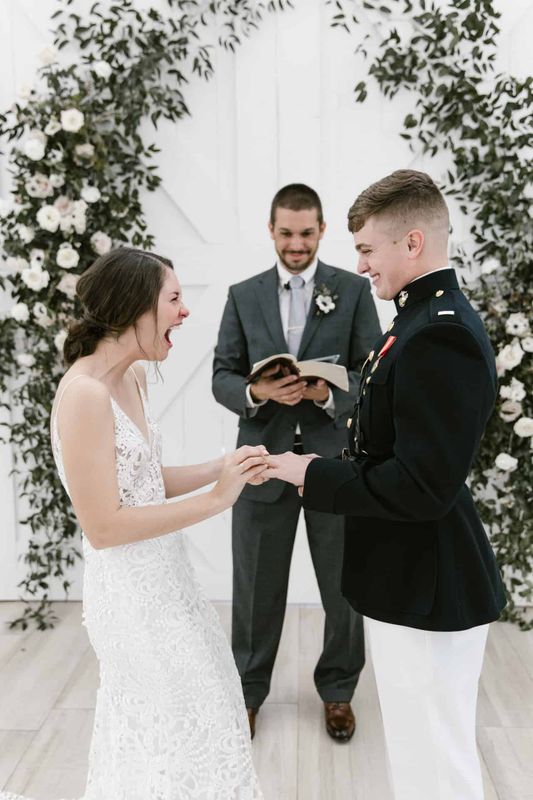 The Nest at Ruth Farms in Ponder, Texas  (@thenestatruthfarms)

Show Me Your MuMu

Groom’s wedding band- gifted to him by his late grandfather