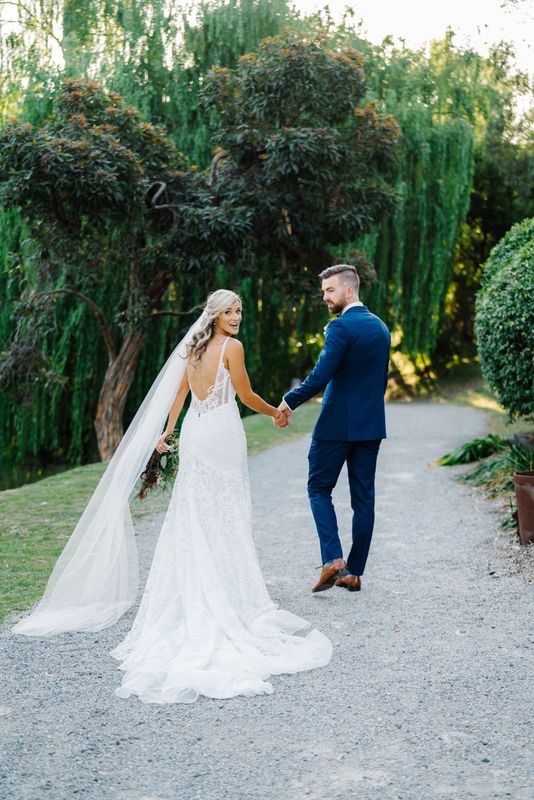 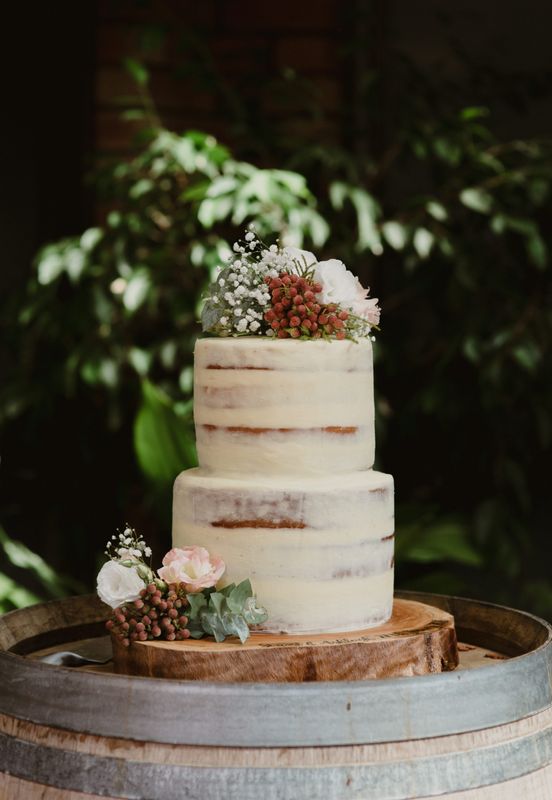 Not the most romantic story; but we met at CQ Night club in Melbourne.

Leigh knew right from the beginning, but I may have taken a little longer. I had pretty strong walls up as I had been single for a while. He eventually swept me off my feet, and was so far from anyone else I had ever met!

Leigh proposed the day we received the keys to our first home. I had no idea what I was walking into… Leigh had been their the entire day setting up a big sign saying ‘will you marry me?’, balloons and photos!

I first tried Danni at Bluebell Bridal in Melbourne. I had searched a number of dresses online, but always found myself going back to Danni.

I immediately fell in love with the low back, and my, what a train!! The detailed long train stole my heart from the beginning! 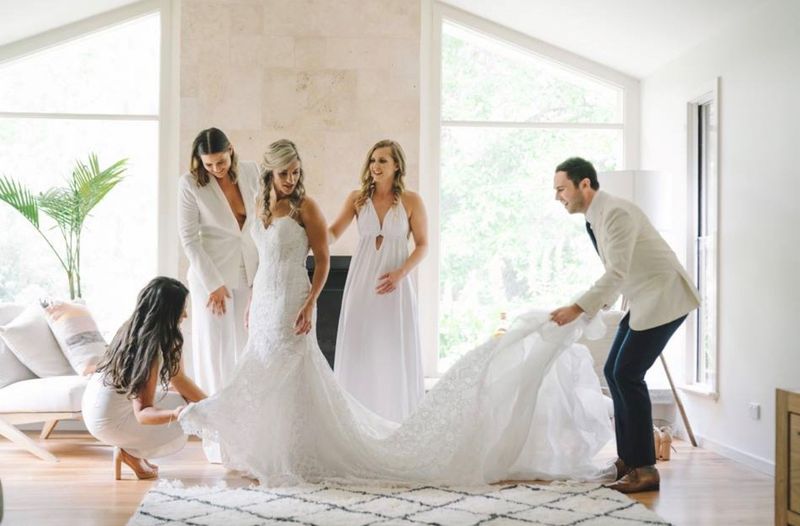 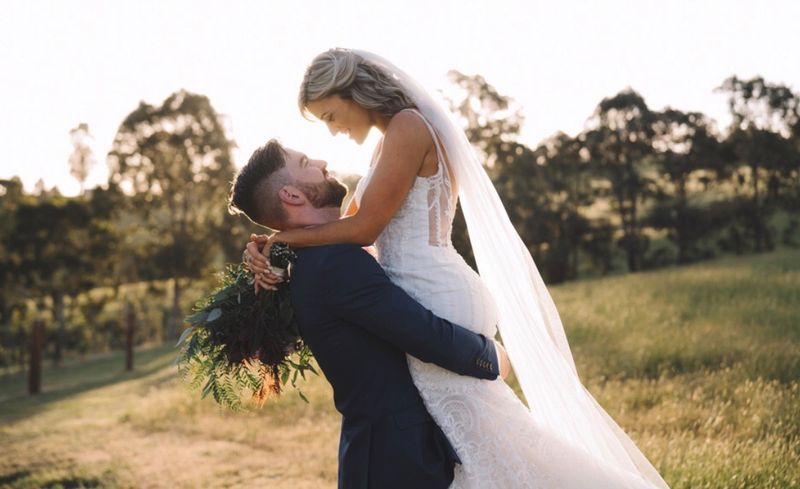 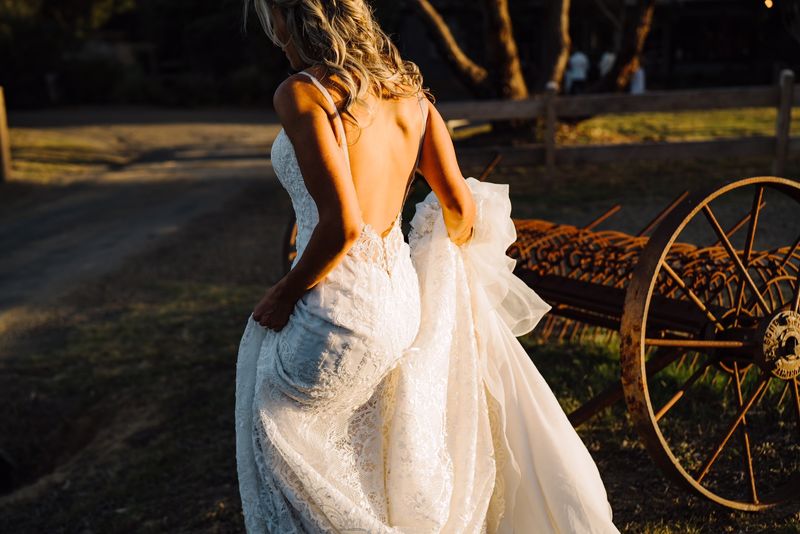 ASOS, Forever New, and a Boutique in Bali