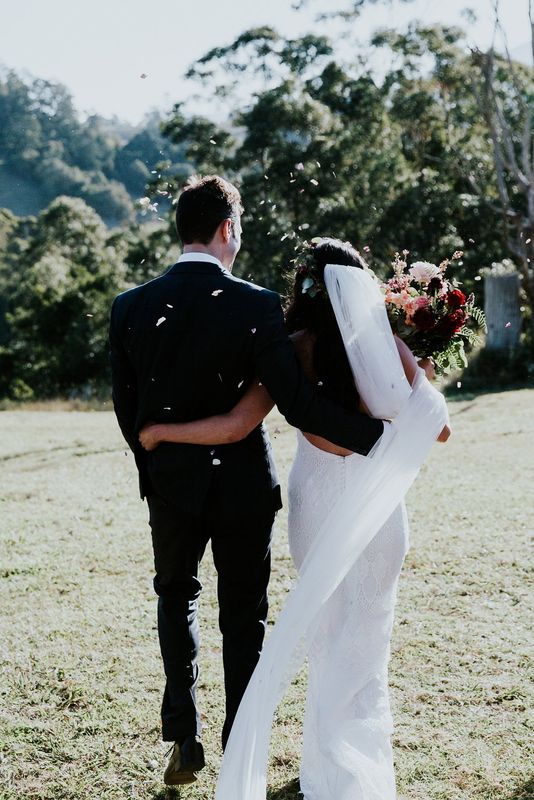 We met over 8 years ago in April 2010 at a bar after a festival in Brisbane. It was a slow start for us as we dated for a couple of months, went our separate ways and starting dating again in the November after some pursuing on Joe’s behalf. Joe’s persistence certainly paid off!

Soon after we starting dating again I just couldn’t stop thinking about him.  Now I can’t imagine Joe not being in my life and I can’t wait to spend the rest of my life with him.

Joe is very driven and focused which is a trait that I have I have always admired. He’s the most caring person I’ve ever met who has the biggest heart. He also has a witty hilarious sense of humour and we have a lot of fun together.

Joe proposed and he really took me by surprise! As part of a birthday present we had organised a trip down to Melbourne and a wine tour in the Yarra Valley. Joe had got in touch with the wine tour guide and organised to propose at the Domaine Chandon winery. The two of them basically conspired to walk me down to the vineyard for the proposal and the key message was to do it once Joe had asked the tour guide to take a photo. Joe got down on one knee and said his proposal which he had written and practiced. I was so surprised and of course accepted which was to the applause of the newly arrived tour buses of people that walked into the whole scene.

I was massive fan of Georgie as soon as the style was released. I tried her on at the Gold Coast studio and my Mum travelled from my home town Perth especially for the occasion. I fell in love with Georgie as she’s very elegant and a little bohemian. I also loved the flattering back and the beautiful detail and the edging of the lace.

We went to Croatia, Amalfi Coast and Spain for our honeymoon. It was absolutely amazing! 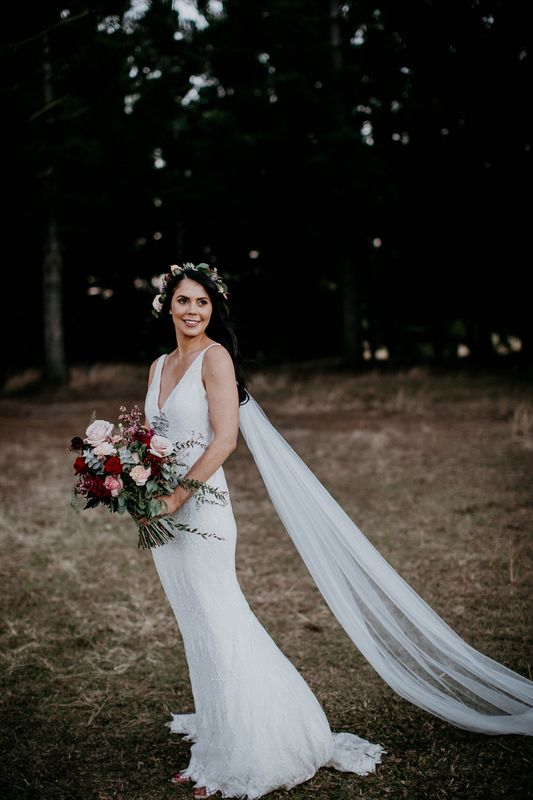 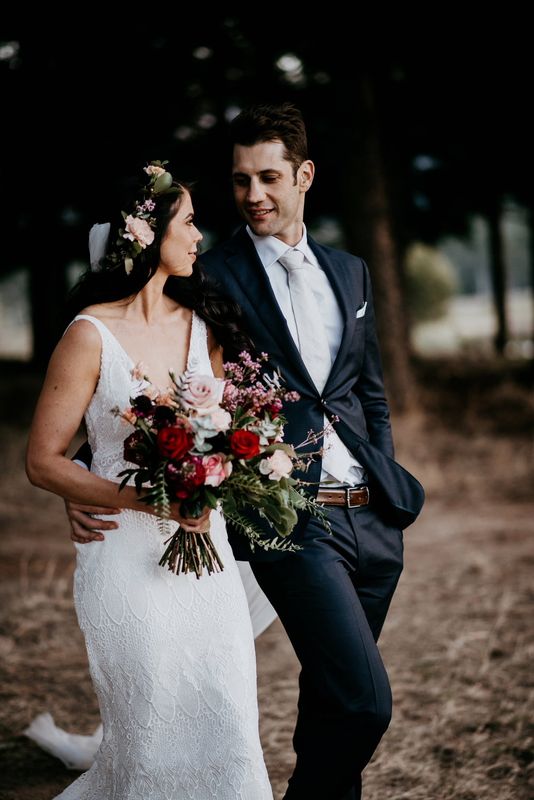 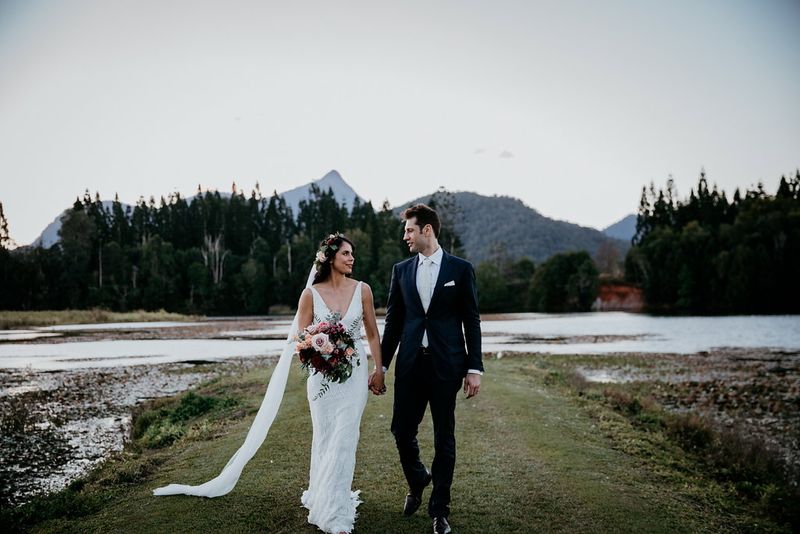