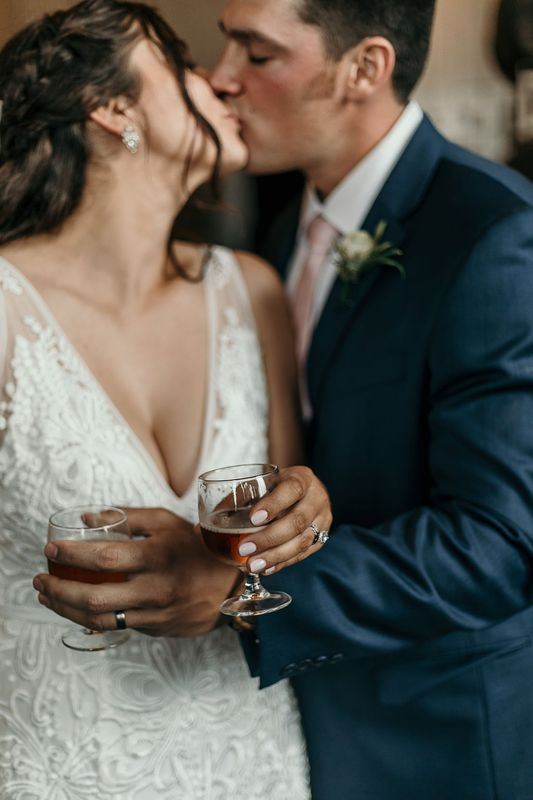 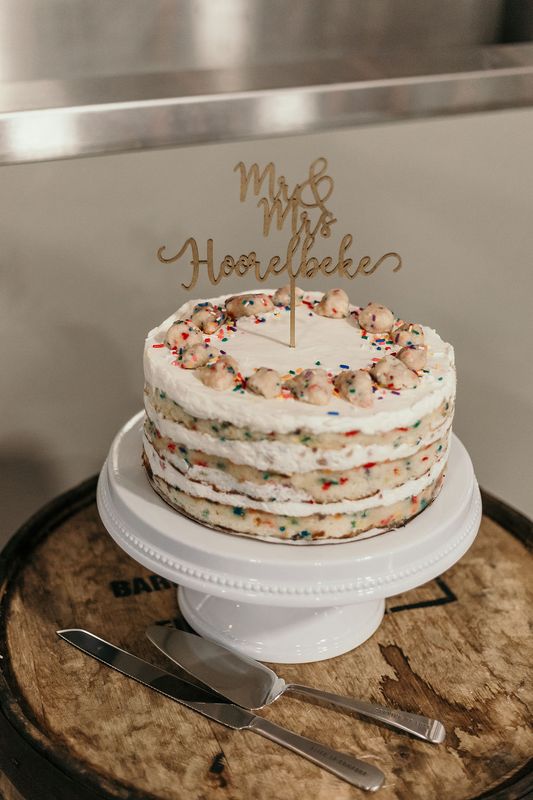 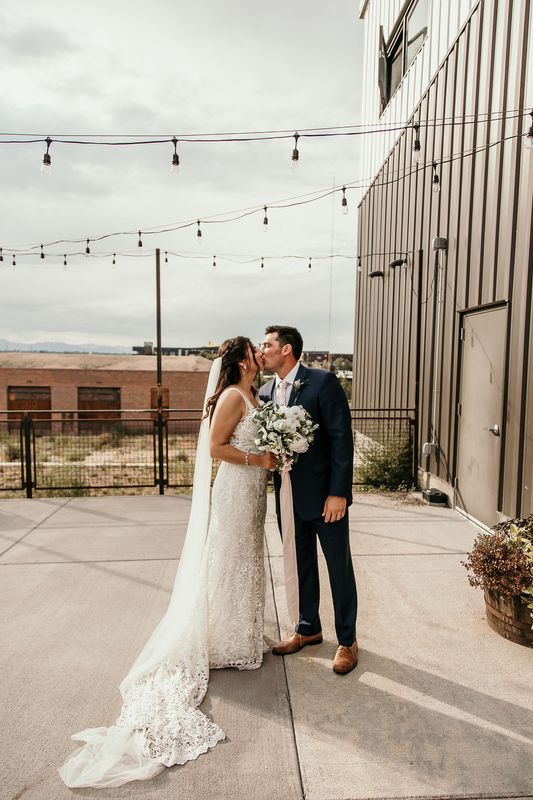 We met at a wedding! My best friend from college was marrying Sean’s college friend and baseball teammate. We were the only two singles in the wedding party and the bride and groom talked us up to one another in the weeks leading up to the wedding. We were both pretty shy about meeting each other, but he made a somewhat smooth first move by pulling me away from a conversation during the reception by saying I was needed by the bride. Of course, I had to go to my friend’s aid, but Sean just used that excuse to talk to me and the rest of the night we spent dancing together!

I knew for sure he was the one about 3 months into the relationship, which was long-distance from the start because he was living in Colorado and I was living in Michigan. My family was traveling to Florida to spend Christmas with my sister and her husband, and I had just started a new job and couldn’t get the time off, so Sean asked me to spend the holiday with his family. It was a great time and after that, I knew for sure that he was a wonderful person and I could spend my life with him.

He is kind, patient and funny. Our relationship is filled with laughter, and his kindness inspires me to be a better version of myself.

Sean asked me to marry him on a cool, spring day in March 2017. He is a high school baseball coach and we spend a lot of time at the baseball field for games, practices and maintaining it. We also have two shelter pups, and it’s very normal for us to take them up to the field to run around since it is enclosed. So, on that Sunday morning, he asked me if I would go up to the field with him to “fix the sound system.” Initially, I said I didn’t want to, but he asked again and said we could let the dogs run around, so I agreed. We got to the field and he went up to the announcer booth where the sound system is located and I heard our song, Stand By Me, begin to play. Luckily for Sean, this didn’t give anything away. I called out to him that the speakers sounded fine. I was standing down on the field and he walked on as the song continued to play. The dogs were chasing each other around the infield and Sean was standing behind me as I was watching them. I heard movement and thought to myself, “wouldn’t that be funny if he was down on one knee!” In my head, I didn’t think that was even a possibility but the thought crossed my mind regardless. I turned around and was actually shocked to see him on one knee, tears in his eyes and hearing his sweet words.

Actually, Instagram! I stumbled across Made With Love and initially liked the look of Frankie. It wasn’t until I went to a local bridal shop that carried MWL that I got to try on Sasha and she blew me away! The lace, silhouette, amazing train and the feel of the dress made me feel comfortable, sexy and bridal all at once!

We still haven’t honeymooned yet, but are planning on taking a trip to either Hawaii or Turks and Caicos soon! 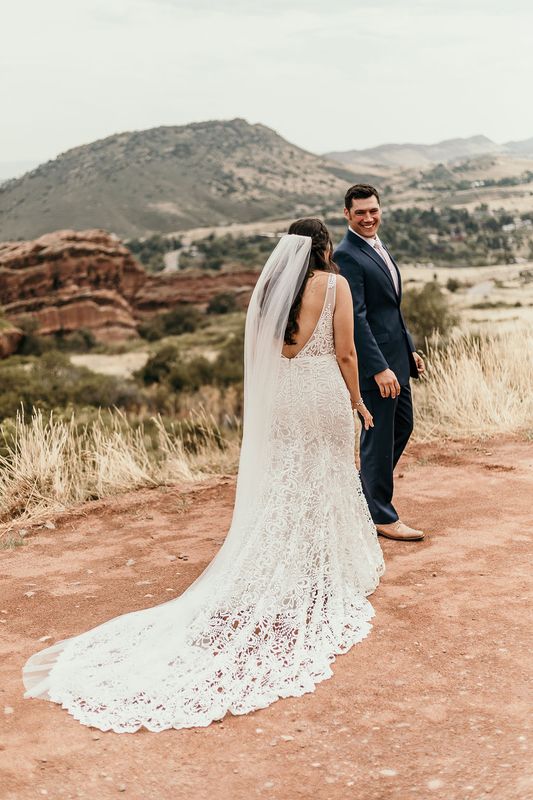 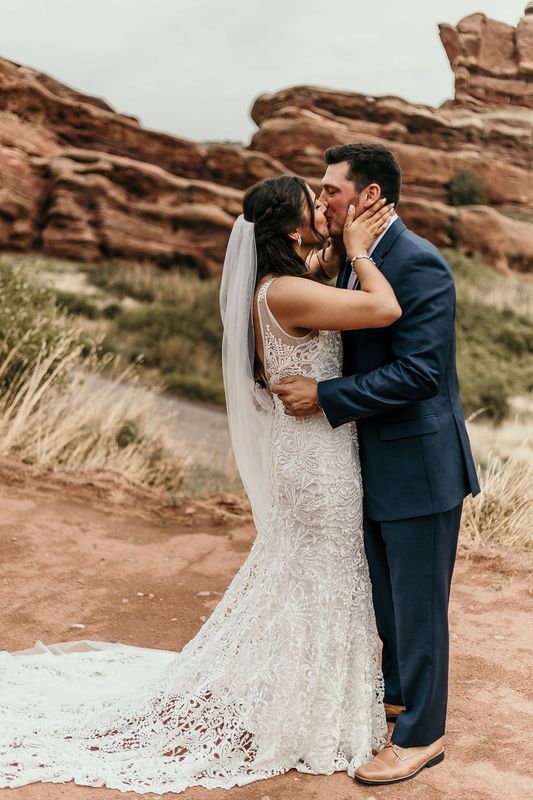 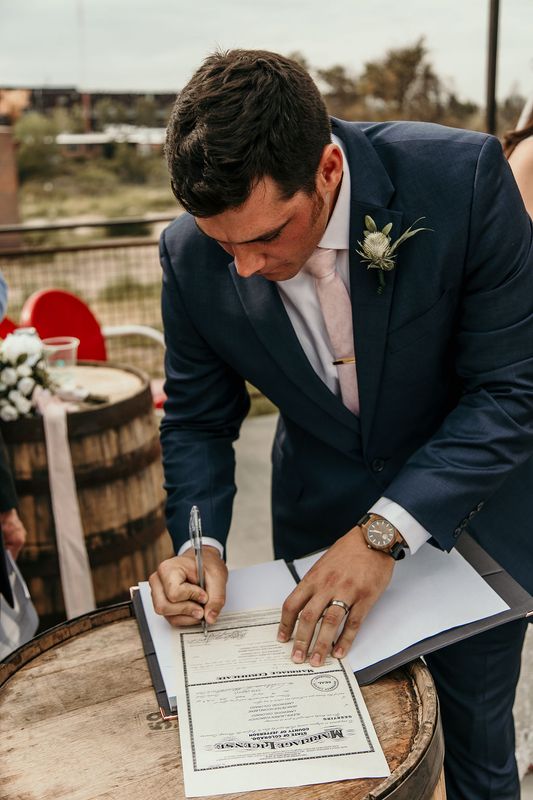 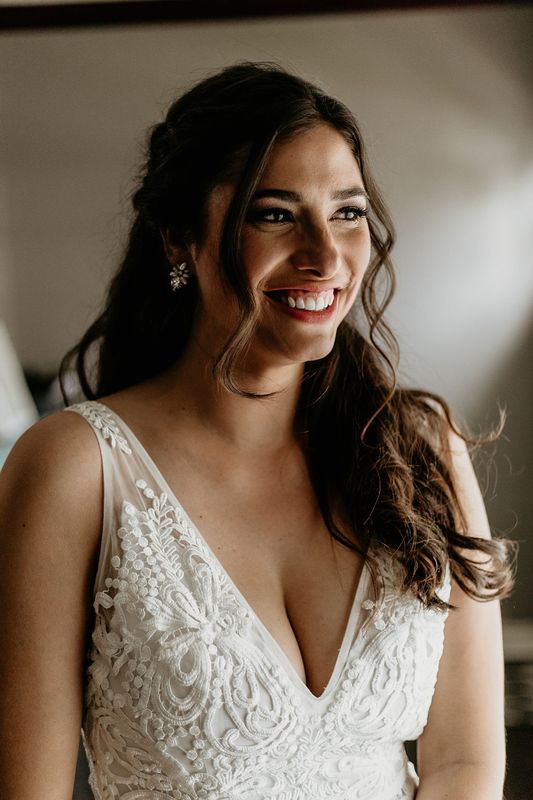 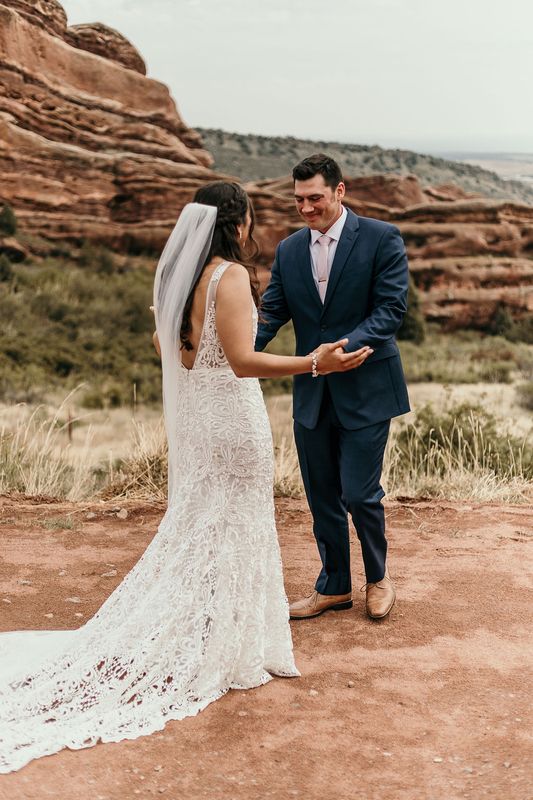 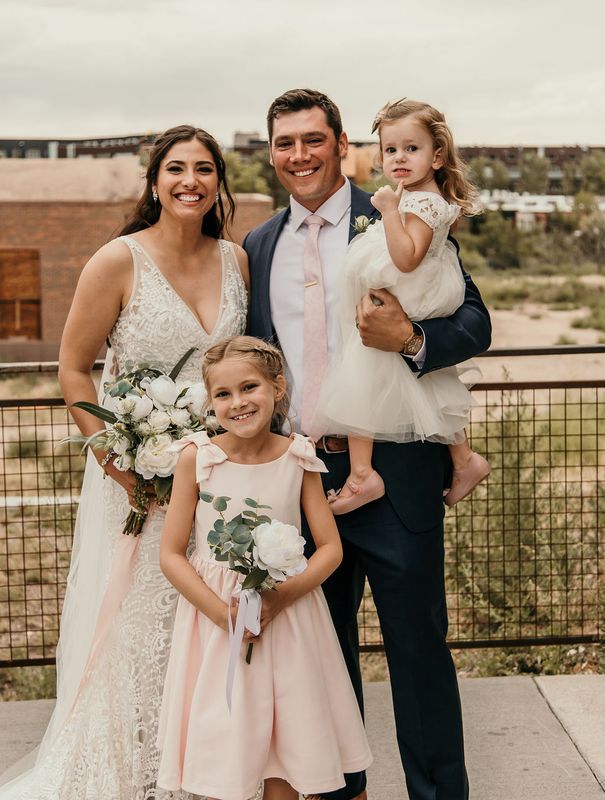 Something Borrowed Blooms – the Jane collection

They all chose their own dresses! Some came from Lulu’s, Nordstrom and my Matron of Honor’s dress was Adrianna Papell

Earrings and bracelet are Olive + Piper