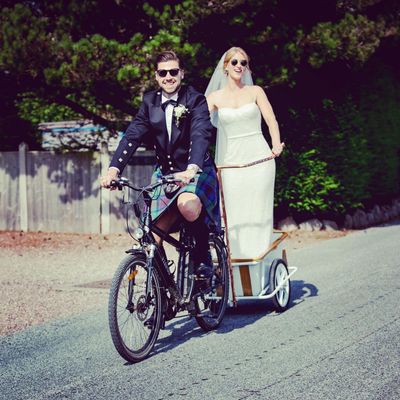 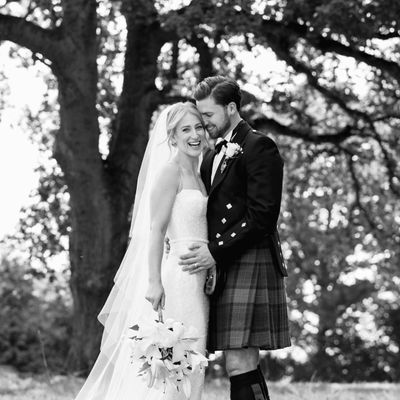 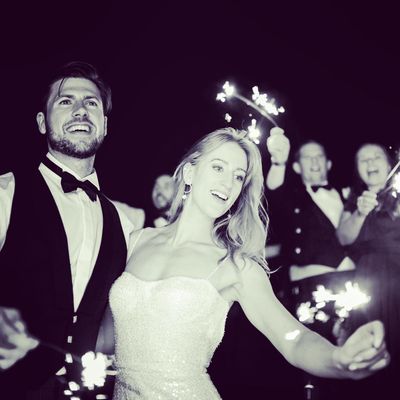 On Bumble in ‘mark 1’ when we first dated. We then dated for the second time in ‘mark 2’ about 9 months later.

I don’t remember a definitive moment, it was more natural than that. It just flowed so naturally from being ‘companions’, and ‘dance partners’ (not literally…) to moving in together, to getting engaged. Neither of us expected to fall so deeply in love. It was the best surprise.

His cheeky smile.
His ability to make me laugh.
His resourcefulness. – he can fix anything – including me.

Scott proposed at the top of pen-y-fan in Wales. Strangely and randomly there was a wedding photographer at the top who caught it all.

Strangely enough it was near where I used to live. It was so ‘me’. I’d tried well over 70 dresses on but never felt like myself. I put this dress on and straight away felt like myself – bad ass!

There were so many. Probably I would say the actual ‘I dos’. It felt like we were the only ones in the church. In the world.

It was just a massive party. We travelled from the church to the venue in a ‘chariot’ we had built, we had singers waiters which was a surprise to Scott too, I did a surprise speech, we had a casino, we did a game with everyone, it was just fun and laughter start to finish. I’d also surprised Scott by having two of my brothers be ‘flower girls’. They came in to Queen. We had cheeses as our ‘cake’ with dinosaurs on the top with a veil and top hat on. We also surprised everyone by having a long first dance invoking Scott throwing me in the air.

Soak up every single moment. Live in each moment.

Our photographer was amazing. 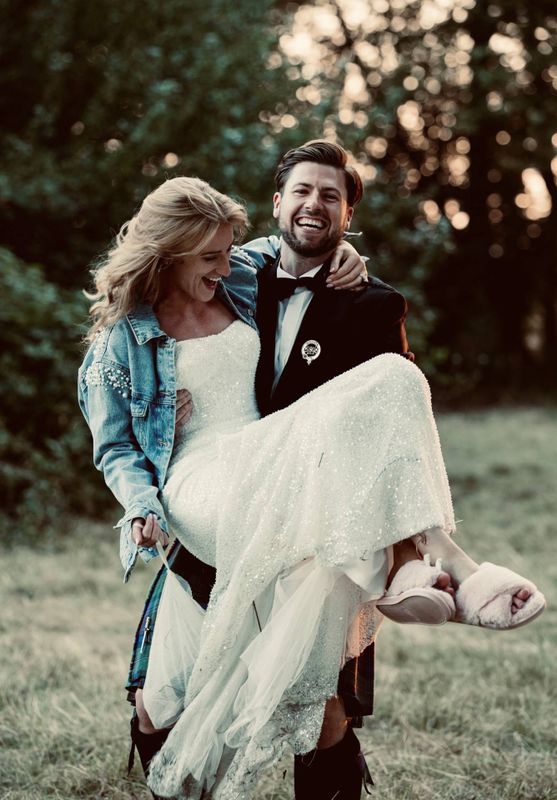 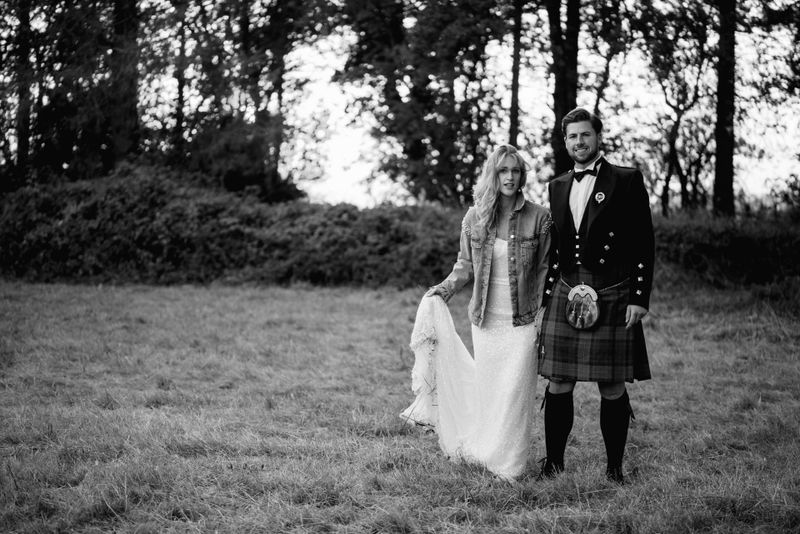 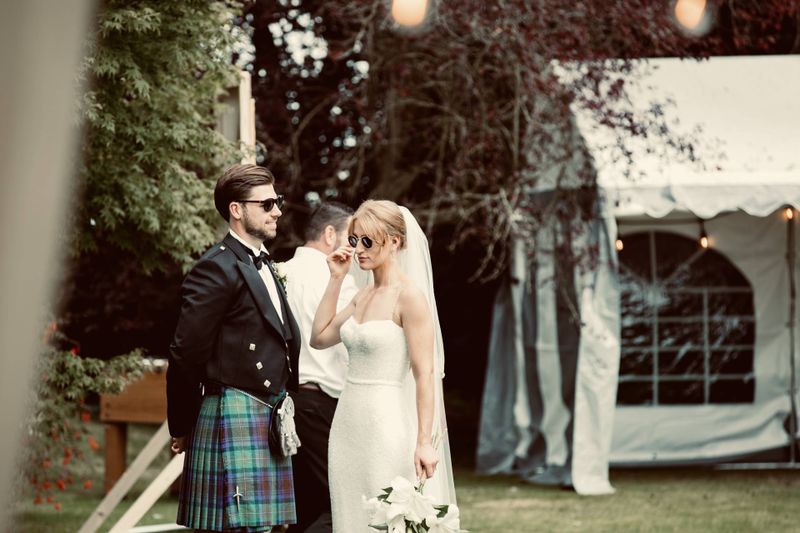