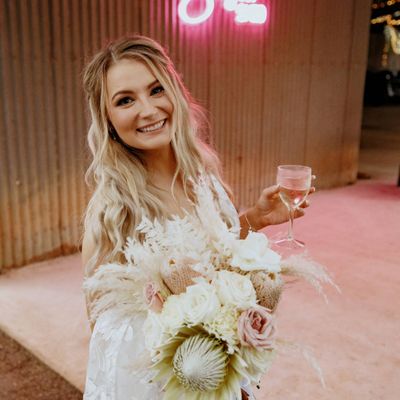 We met through a mutual friend at the age of 15 and soon befriended each other on social media. A year later, he slid into my DM’s (haha) to see how I was doing. From there, we just never stopped talking! We are now 26 and just got married! We got married three days after our ten year anniversary.

A part of me has always known, as cheesy as that sounds. Even from a young age, he has made me feel complete. Every day I’m at work, I look forward to the time I get to clock off and come home to him. When you’ve been with someone for so long and still can’t wait to see them every day, that’s something I’ll never take for granted.

He is the most hard-working person I know, and he would do anything in his power to create the future we’ve always wanted.

He’s so kind. There’s not a person I’ve met that’s had something bad to say about him, he can befriend anyone around him.

Most of all, my favourite attribute about him is his humour. He makes me laugh every single day.

He proposed to me. He told me we were going for lunch with his parents. He pulled over on the side of the road on our way there and asked me to put a blindfold on and headphones in. Through the headphones, all of our favourite songs played. When we came to a stop, he guided me out of the car and then played a pre-recorded message through the headphones. At the end of the message, it said I could take the headphones out, and when I did, he was down on one knee in front of a river. There was a natural pathway that led out to the river that was made up of roots. He was on one knee at the end of this pathway which was covered in rose petals. On the other side of the river, there were big balloons that spelt out MARRY ME. He also set up a picnic next to the river made up of all my favourite foods and drinks. He’s not the most romantic person usually, so his proposal blew my mind!

Before I found Elsie, I had gone to at least 8 different bridal dress shops. I knew exactly what I wanted my dress to look like, but I couldn’t find it. As soon as MWL posted a photo of Elsie, I couldn’t believe it. It was exactly what I wanted! Finally! I called the wonderful ladies at Jonovia bridal in Cairns who I had tried dresses on with before to ask if they could order it in for me. They told it was already on it’s way! When I tried it on everyone said it was like MWL had designed it just for me haha. It was an incredible feeling.

Seeing him waiting for me at the end of the aisle. His reaction was everything I wanted. He very rarely gets emotional, so seeing him cry when he saw me coming down the aisle was something I’ll never forget.

We had our ceremony in a stunning bamboo chapel & then had our reception under festoon lights under the stars. At the end of the night, it started to drizzle. Instead of allowing it to ruin the mood, we all danced in the rain and had a great time. Dancing under the lights in the rain with those closest to us was amazing!

Approach the day with the attitude of ‘what is meant to be, will be’. There is aught to be something that will go wrong, or not how you expected it to go. If you have a positive attitude towards this, it will just contribute to how special the day was! We forgot our rings on our way to the ceremony – and it will now be a funny story we will tell for the rest of our lives.

Our florist ‘Stay A Wildflower’ was absolutely incredible. She made these breathtaking dried floral arrangements for our arbor and went above and beyond for us. The venue Laloli Garden at little Mulgrave was also incredible. We took all of our photos around the venue! It was stunning! 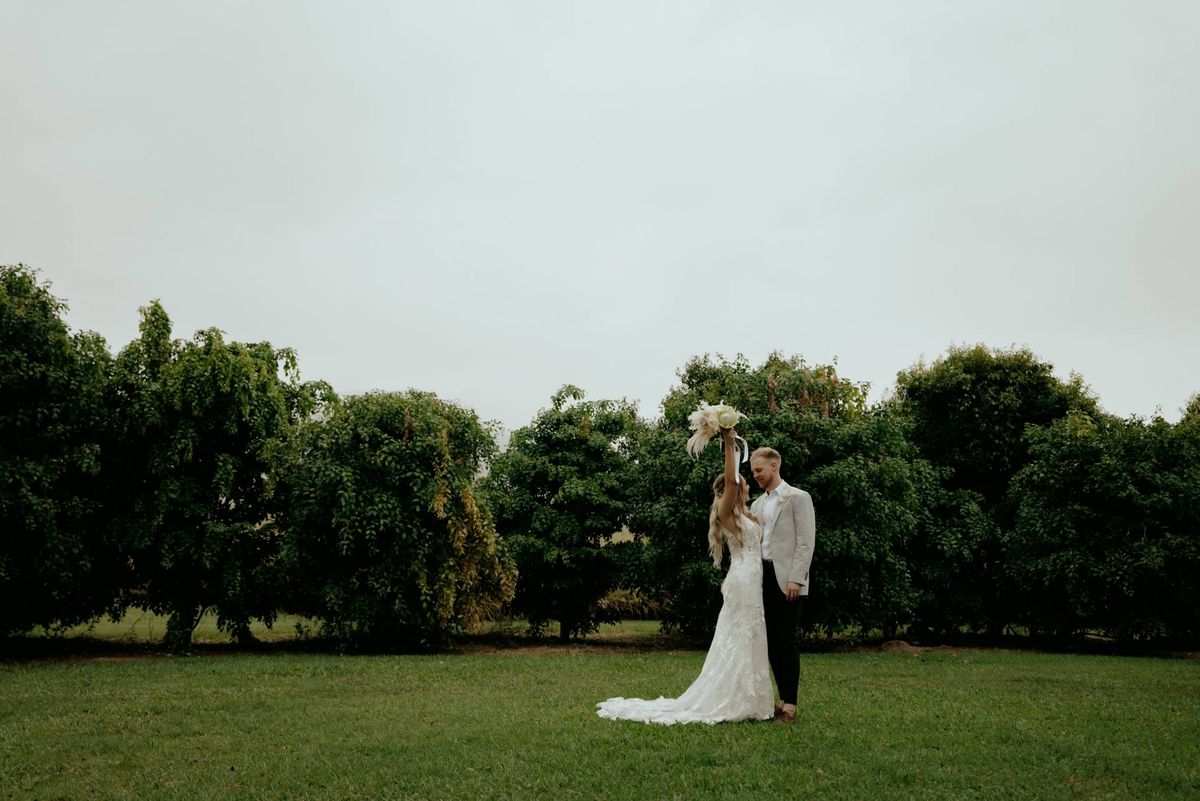 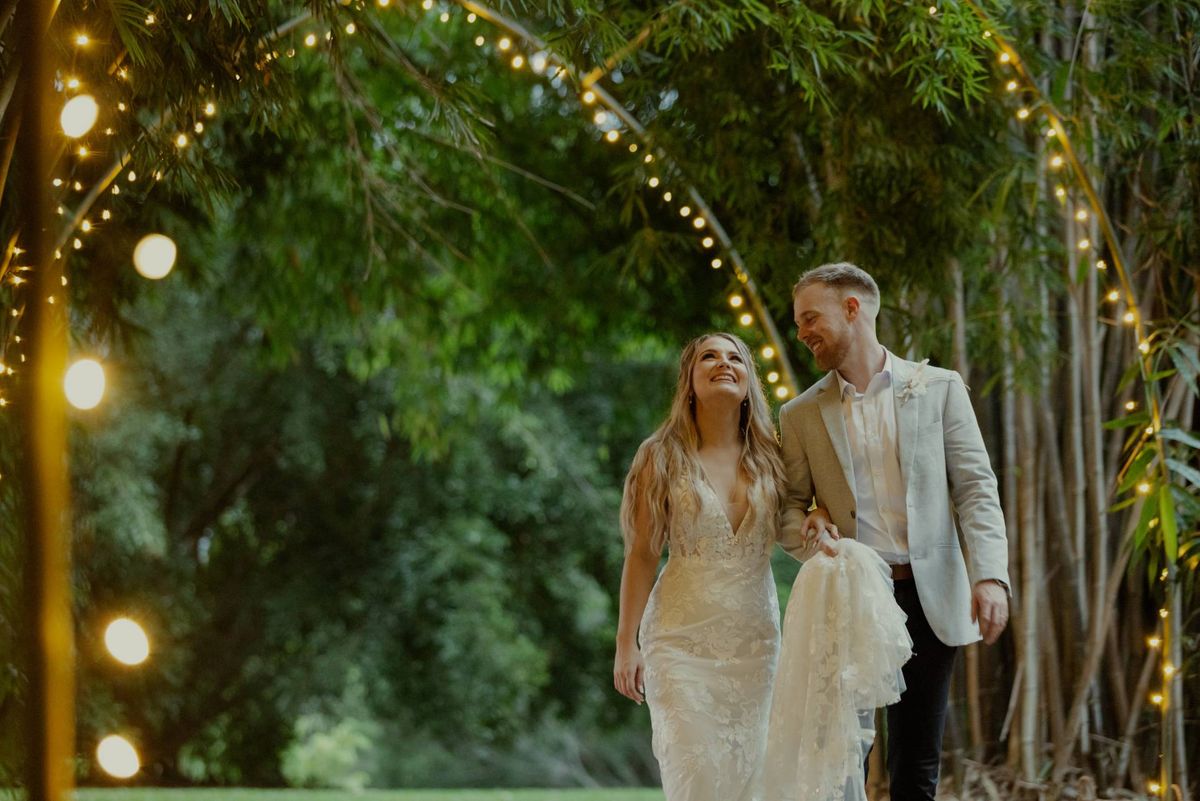 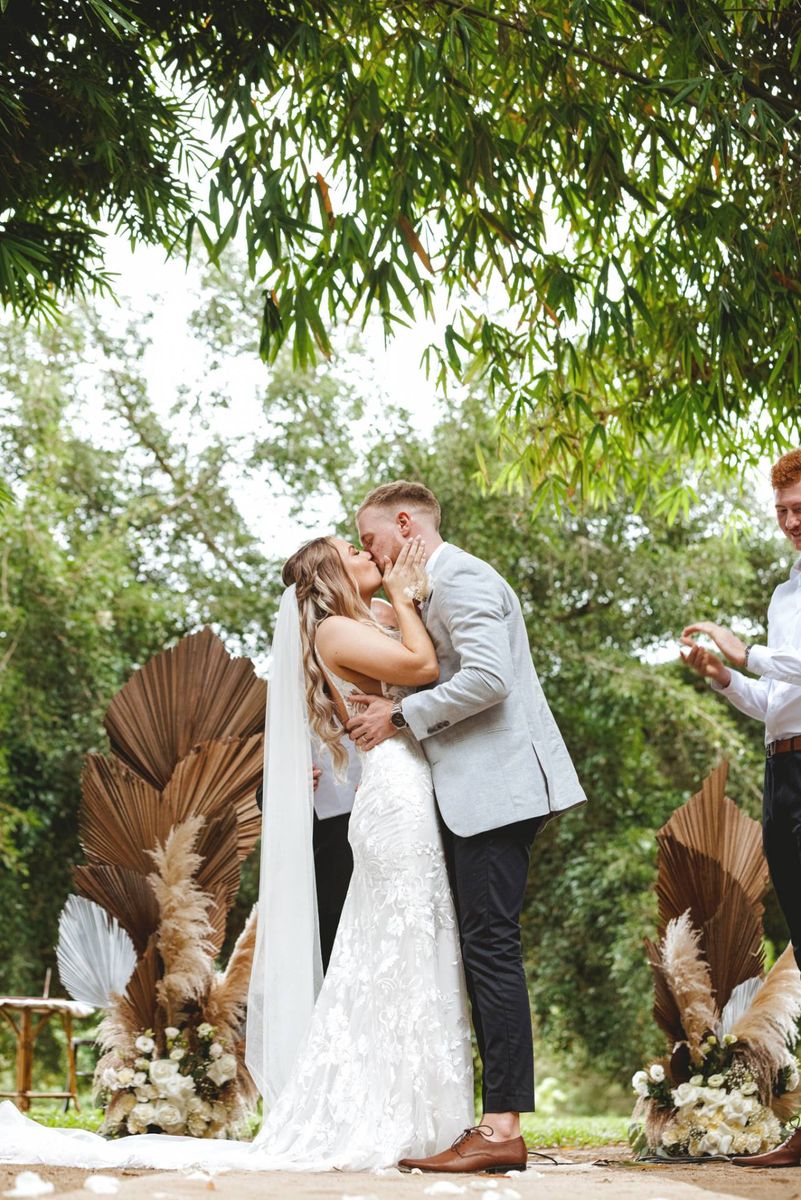 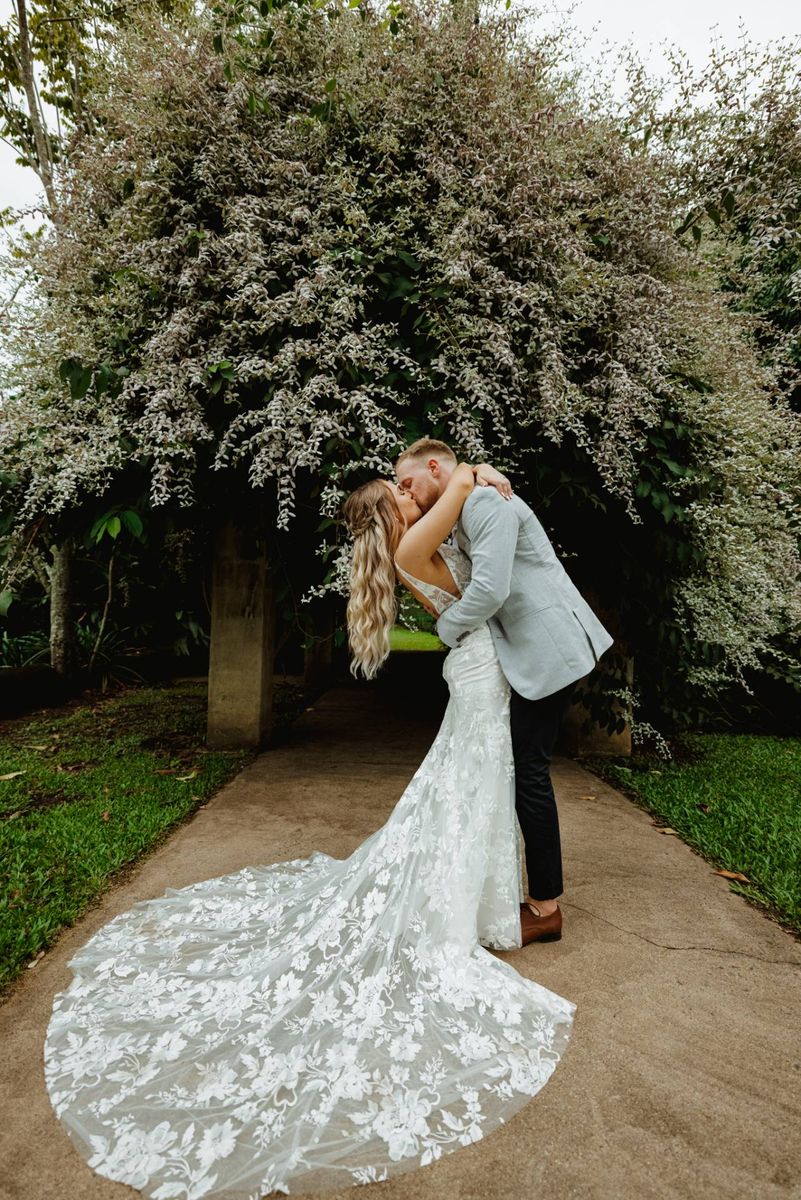